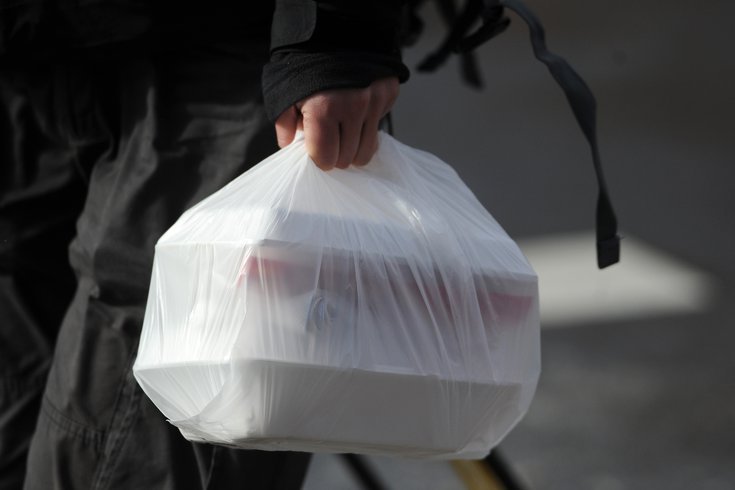 Philadelphia's ban on single-use plastic bags is scheduled to take effect on July 1, 2021, but a measure passed by the state legislature prevents such laws from being enforced by municipalities. Philly, Narberth, West Chester and Lower Merion are challenging the state measure in Commonwealth Court.

Philadelphia and several other municipalities have filed a lawsuit in Commonwealth Court to assert their right to locally restrict the use of plastic bags as they pursue waste remedies to protect the environment.

The lawsuit comes as Philadelphia's ban on single-use plastic bags is scheduled to take effect on July 1, 2021. The legislation was passed in Dec. 2019, but enforcement has been delayed twice as a result of the coronavirus pandemic.

Narberth, which passed the state's first plastic bag ban in 2018, also is a plaintiff in the lawsuit along with West Chester and Lower Merion.

The suit is challenging a measure passed last May by the Pennsylvania General Assembly, which amended the state's fiscal code, Act 23, to prohibit local governments from enforcing laws, rules, regulations and taxes on single-use plastics.

The "plastics preemption provision" is being challenged by Philadelphia and the other municipalities on Constitutional grounds.

The lawsuit cites Article 21, Section 7 of the Pennsylvania Constitution, which states, "[t]he people have a right to clean air, pure water, and to the preservation of the natural, scenic, historic and esthetic values of the environment. Pennsylvania's public natural resources are the common property of all the people, including generations yet to come. As trustee of these resources, the Commonwealth shall conserve and maintain them for the benefit of all the people."

The lawsuit also claims the manner in which the legislature passed the plastics preemption provision violated the state Constitution.

"Philadelphia, West Chester, and Narberth have duly passed important plastic bag legislation," said Philadelphia City Solicitor Diana Cortes. "Other municipalities, like co-Plaintiff Lower Merion, wish to do the same and we firmly believe that the right to safeguard the health and well-being of their residents through such legislation is guaranteed under the state Constitution. This suit seeks a Court’s affirmation that the General Assembly does not have the power to strip that away, and to do so in a way that violates vital procedural safeguards."

Under Philadephia's plastic bag ban, all retail businesses would be subject to the ordinance, including the following:

The following are exemptions to the plastic bag ban:

If the ban moves forward in Philadelphia as scheduled, the city will provide resources during a six-month education and warning period from October 1, 2021 to April 1, 2022.

Businesses will be required to post signs of the ban going into effect beginning July 31.

Despite an attempt to also impose a 15-cent fee for all other single-use bags – such as paper and heavier plastic bags – provided by businesses to customers, that provision was ditched when some City Councilmembers argued it would disproportionately impact the city's poorer residents. Environmental groups had pushed for the fee to be included in the city's bill.

In Narberth, the borough council approved a 10-cent fee on single-use plastic shopping bags in addition to a prohibition on plastic straws.

Philadelphia uses approximately one billion single-use bags each year, most of them plastic. The city spends between $9 million and $12 million a year cleaning plastic bag waste from streets, sewers and bodies of water, officials said.

The law in Philadelphia includes a study on the outcome of the ban to determine whether it needs to be adjusted, potentially by adding a fee at a future date.

"In Philadelphia and across the Commonwealth, local governments are increasingly concerned about the health and environmental effects of plastic bags," said Philadelphia Mayor Jim Kenney. "Yet, once again, we face a state legislature that is focused more on tying the hands of cities and towns than on solving the actual problems facing Pennsylvania. We are finding local solutions to local problems, and this suit is important in declaring our right to do so on this and many other issues."