Philly police to Kanye West: Sign up to become a cop 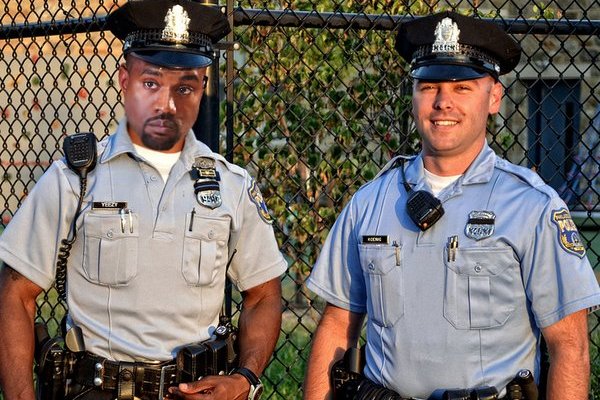 The Philadelphia Police Department posted this photoshopped image of Kanye West dressed as a city police officer to the department's Twitter and Facebook accounts on Thursday.

The Philadelphia Police Department is getting creative with its social media again.

In posts to its Facebook and Twitter accounts Thursday morning, the city's men in blue invited Kanye West to apply to become a Philly police officer. The department's selling point – West, who tweeted last week that he is $53 million in debt – could earn a starting salary of $47,920 if his application is accepted.

"... Officer West could be completely debt-free by the year 3122! And that's only if he were never to receive a single raise! With a few promotions and cost of living increases, Yeezy could probably break even in a quick 500 years ..."

The social media push is part of the Philly police's latest recruiting effort. The department is now accepting applications online for men and women interested in becoming police officers.

The department regularly demonstrates that it, or at least the officers who manage its social media, keep up with pop culture, like during January's blizzard when it relaunched its #NoSavesies parking campaign with parody of Drake's "Hotline Bling" and a "Game of Thrones" meme :

Looks like a big #snowstorm is coming. If u see folks saving spots, call us on your cellphone to report #NoSavesies pic.twitter.com/9NzUBNVcey

And of course, Philadelphia police Lt. Stephen Clark got national attention for a tweet he posted featuring a couple of stormtroopers about to be frisked and cuffed for spoiling the ending to "Star Wars: The Force Awakens."

But when it comes to attention-grabbing tweets, Kanye West is king, particularly recently.

I don’t have to be cool…

West's second tweet was his response to a recording of his backstage rant at "Saturday Night Live," where he was the musical guest last weekend. That audio was released by Page Six on Wednesday.