Philly's most dangerous intersections for pedestrians

Azavea and PlanPhilly map some of the city's biggest problem areas 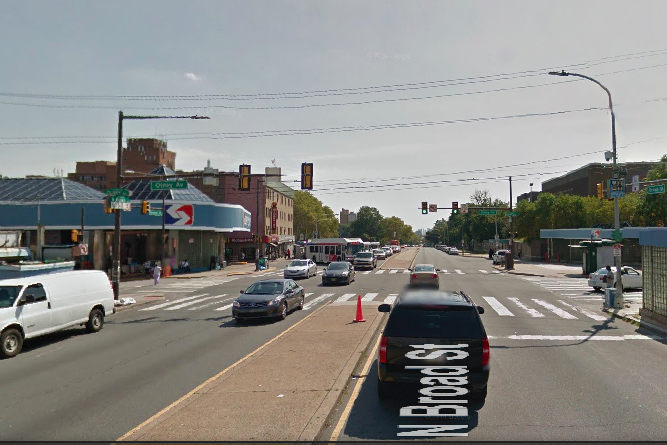 Nine of the top 25 most dangerous locations for pedestrians are on Broad Street, and Broad and Olney is the worst culprit, with 20 pedestrians struck by cars there between 2008 and 2013.

More than 1,500 pedestrians are hit while crossing Philadelphia's streets each year.

Azavea's Daniel McGlone and PlanPhilly's Jon Geeting created an interactive map pinpointing some of the city's most dangerous intersections, with statistics on accidents and fatalities, as well as the name of the district council member who oversees each area.

When you use the interactive map, found here, not only will you see which intersections and street segments caused the most problems between 2008 and 2013, you'll also see which District Councilmember you can ask to do something about it, Geeting wrote at PlanPhilly.com.

Hover over any area and you'll see which Councilmember is in charge there, and then click on a dot to see how many pedestrian crashes occurred there. Dots outlined in purple indicate a fatality.

As the map shows, from 2008 to 2013 (the most recent year statistics are available), the number of Philadelphia pedestrians hit by cars has remained steady at more than 1,700 per year.

"The exact number [of pedestrian crashes] has jumped around a bit from year to year, but what’s important to know is that the numbers aren’t falling," Jon Geeting, editor at PlanPhilly.

"The exact number [of pedestrian crashes] has jumped around a bit from year to year, but what’s important to know is that the numbers aren’t falling," Geeting wrote.

PlanPhilly also created a separate, secondary map highlighting the top pedestrian crash locations in each of the 10 City Council districts.

The top 10 most dangerous intersections in Philadelphia:

More information, including photos of the intersections to help you visualize where they are, detailed opinions on why these specific areas are unsafe and suggestions on what can be done to fix the issue can be found at PlanPhilly.com.