Murals don't have to just be paint in 2018, apparently 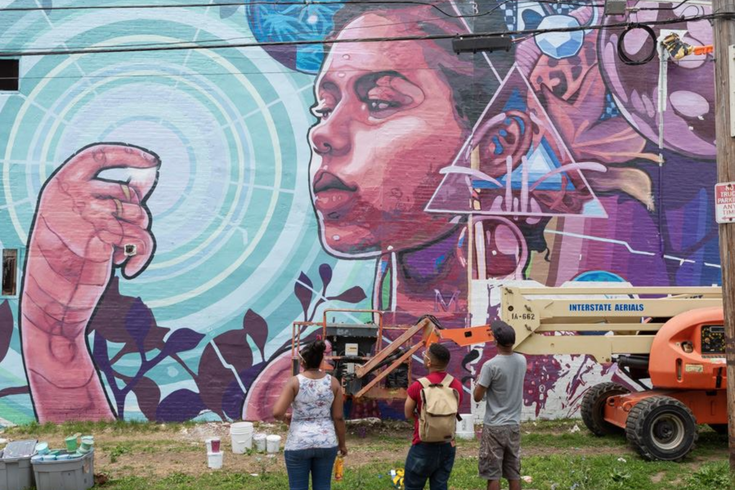 A look at the mural in progress.

Murals have been around for thousands of years. Augmented reality, to listen to tech companies, is the future. Now, artists Joshua Mays and King Britt are planning to merge the two right here in Philadelphia.

Mays and Britt, in partnership with Mural Arts Philadelphia, are going to create the city’s first “augmented reality mural,” along with students from Haverford School and West Philly’s Mastery Shoemaker Charter School.

The mural, which will be located at 5300 Lansdowne Avenue, will be called “Dreams, Diaspora, and Destiny,” and it will be more than just paint on a wall: according to a release from the program, the mural will integrate “image recognition” and an “experimental Afro-futuristic” original score, featuring community interviews and sounds created by the students.

And, in the truest sense of augmented reality, Philadelphians will also apparently be able to use a free smartphone app to interact with the mural.

Mays is based in Oakland, although he previously lived in Philadelphia for eight years. Britt is a Philadelphia native and a 2007 Pew Fellow, and he has experience working with Philly’s Fringe Arts, was the first resident DJ at Silk City on Spring Garden.