The anonymous buyer is not Jay Z or Beyonce 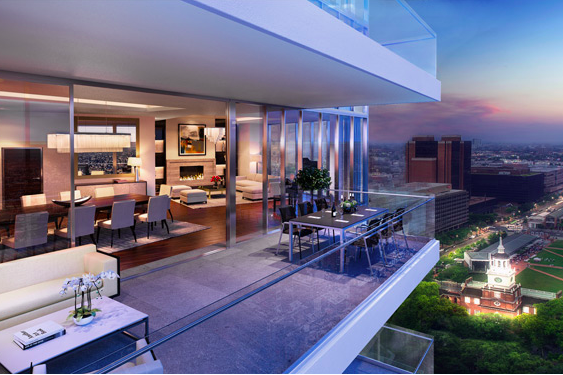 Rendering of Penthouse at 500 Walnut.

An agreement of sale on Philadelphia's most expensive residential purchase in history just took place for a vaunted property that doesn't yet exist.

New Hope-based Scannapieco Development Corporation announced Thursday that the two-story penthouse at 500 Walnut, a 26-story luxury high-rise planned to loom over Independence Square, was sold to an anonymous buyer for $17.85 million. 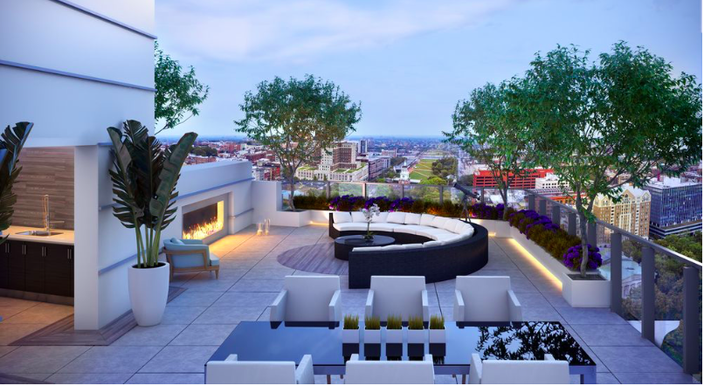 Rendering of penthouse at 500 Walnut.

The property generated intrigue last spring when rumors surfaced that it would be purchased by none other than New York City power couple Jay Z and Beyonce. Ultimately, that was just a real estate agent's wily maneuver to boost the anticipated value of the penthouse.

In total, the property will cover 8,900 square feet, including a posh rooftop terrace, several balconies and a private elevator.

Prices at 500 Walnut as a whole will range anywhere from $3 million to $17.85 million, well above the $715,000 to $6.5 million range at One Riverside on 25th and Locust streets, which opened last week, according to the Philadelphia Inquirer. 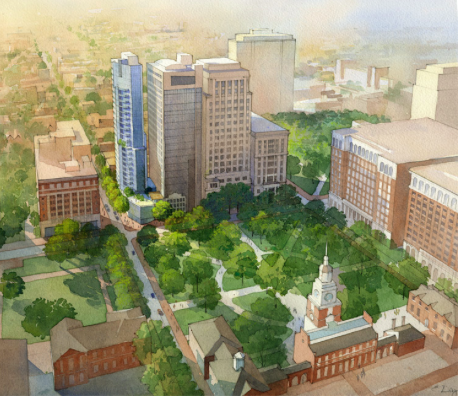 Amenities at the luxury high-rise will include an automated 80-space parking facility, a two-story fitness center, a three-lane glass enclosed lap pool, and a communal fire pit to go with 24-hour concierge service, among other business and entertainment facilities.

The project, pictured below, is expected to be completed in the spring of 2017. 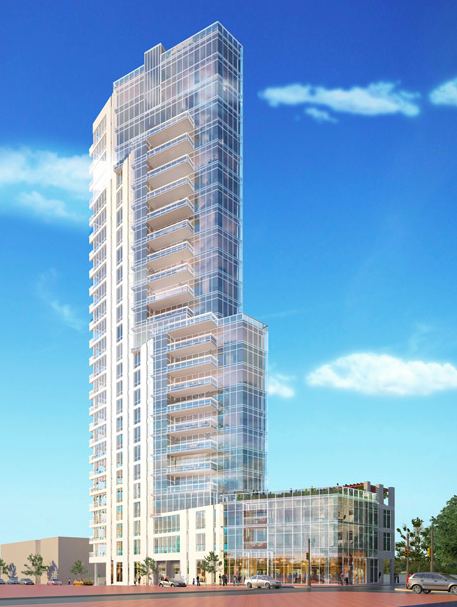