PhillyVoice's 'This Week in Philly' Quizzo round (June 25-July 1) 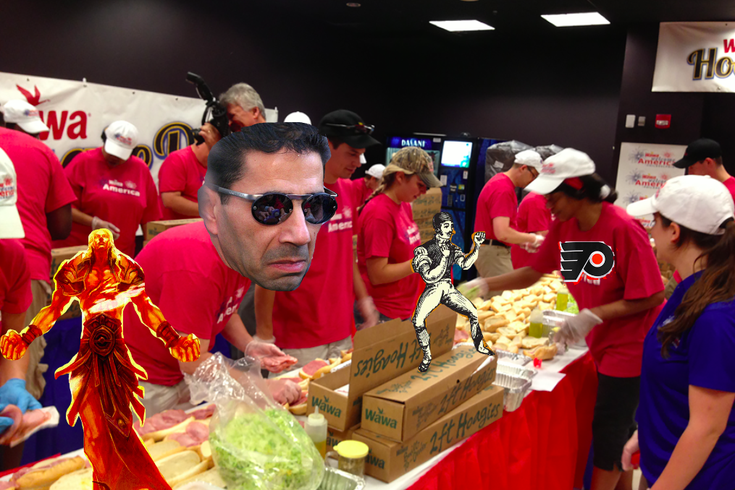 Several names or themes mentioned in this week's PhillyVoice Quizzo quiz are featured in this illustration.

1. What reputed mobster will likely be added to the Pennsylvania Gaming Control Board's exclusion list this summer, a move likely resulting from a March altercation at SugarHouse Casino?

2. Wawa constructed a massive hoagie for Thursday’s 24th annual Hoagie Day and the Wawa Welcome America festival? How many tons was it estimated to weigh?

3. Hourly wages for the Philadelphia School District’s cafeteria workers were increased in a contract that was formally approved on Monday. How much was the rate increased?

4. In what Philadelphia neighborhood does Yards Brewing Co. plan to open a tasting room?

5. Who is the headlining act in the "Camden Rising" concert event scheduled for July 28 at BB&T Pavilion?

6. What former Flyers player was recently elected into the Hockey Hall of Fame?

7. A foundation backed by fans of what band gave $1,500 to a South Philadelphia school's music program as the band was in town for a pair of shows at the Mann?

8. What was unusual about the deer that was caught in footage from a trail camera in Lancaster County?

9. According to personal finance data crunchers SmartAsset, in what place does Philly rank in the United States for STEM (Science, Technology, Engineering, Math) job diversity?

10. According to a solar-usage study performed by PublicSource, what is the “sunniest” town in Pennsylvania?

Bonus Question: Who said this quote of the week? "During past events, dumpsters have been set on fire and rolled into the pedestrian right of way and into traffic, causing major safety issues.” 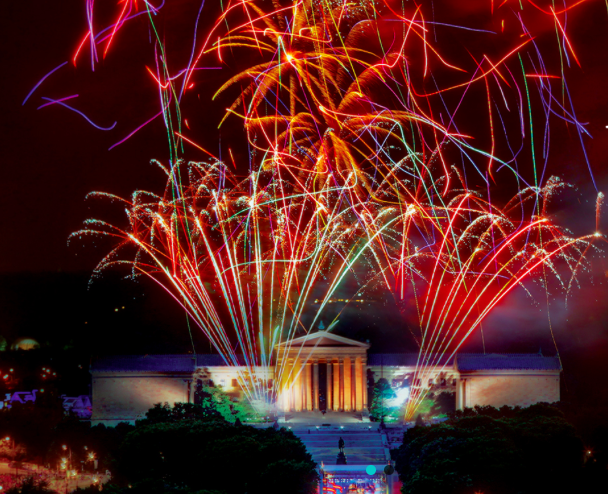 Fireworks above the Philadelphia Museum of Art on Independence Day.