PHOTOS: It's a cold day in Hell across the Midwest 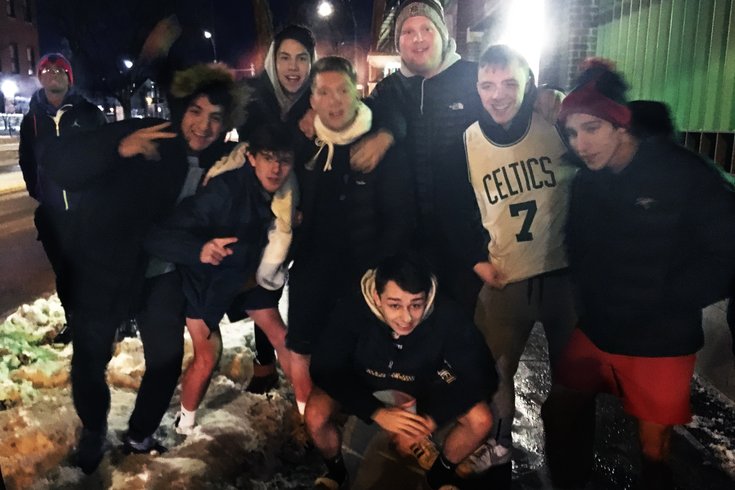 DePaul University students, some in nothing more than light jackets and basketball shorts, huddle on a Chicago street as they wait for a bus to take them to a game against Villanova Wednesday night. The temperature: 15 degrees below zero with a windchill of 35 degrees below at O'Hare Airport. "You call this cold?" one student asked.

Record-breaking cold seized the Midwest this week as a split polar vortex resulted in one of the coldest air masses in recorded history.

At the same time, it was 29 below in Minnesota, and 19 below in Chicago, with a wind chill of 57 below reported in northern Illinois.

It was so cold the mail didn't go through. More than 1,600 flights were canceled at Chicago airports. Frostbite is a concern after just 10 minutes outdoors.

Sure, it's been cold in Philly, but it's a cold day (or three) in Hell to the west. Here's how it was looking: 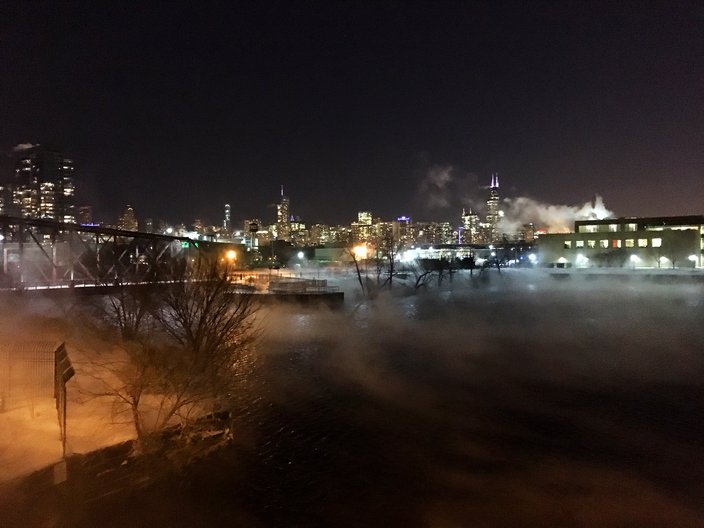 Water vapor rises from the Chicago River as the city hunkered down with temperatures Wednesday evening at minus 15 degrees. 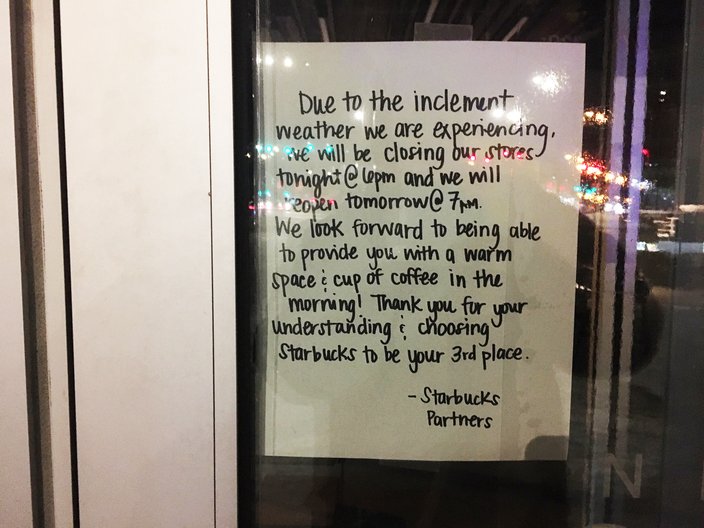 Famed for its snow removal, Chicago was nearly brought to its knees by record breaking cold temperatures. Businesses closed early as temperatures plunged to nearly 40 below zero with the wind chill 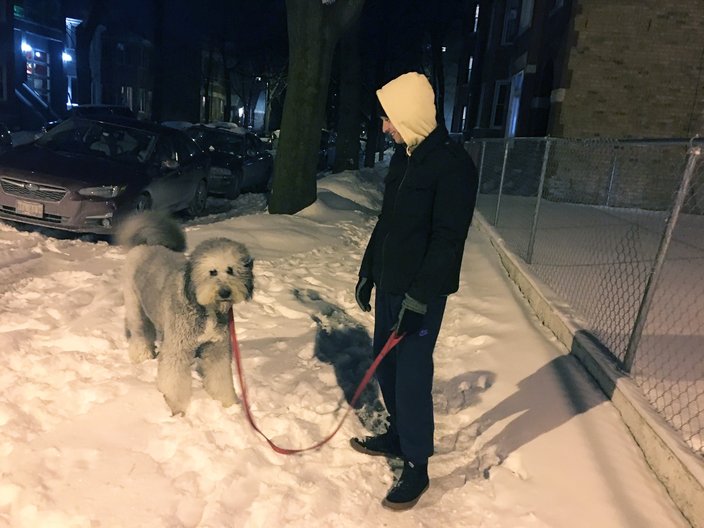 Ozzie, a two year old sheepadoodle, goes out for a walk with his owner, despite the frigid temperatures in Chicago Wednesday night. “Look at him,” the dog walker said as Ozzie romped over a snow bank. “He thrives in this.” 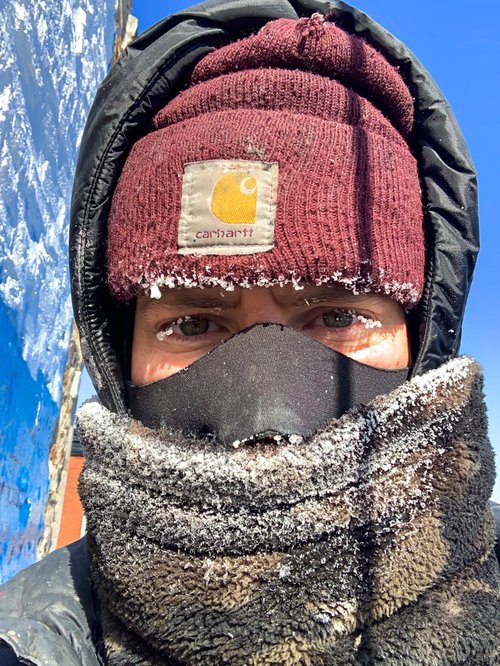 Liam McWilliams and his paint crew spent six hours a day out in the Chicago polar vortex to hand paint a wall for a travel advertisement. His employer, New York-based Colossal Media, told the crew “it was our discretion if we wanted to be out here but we wanted the challenge.” McWilliams, originally from Delaware and an Eagles fan, took this selfie after ice formed on his eyelashes. 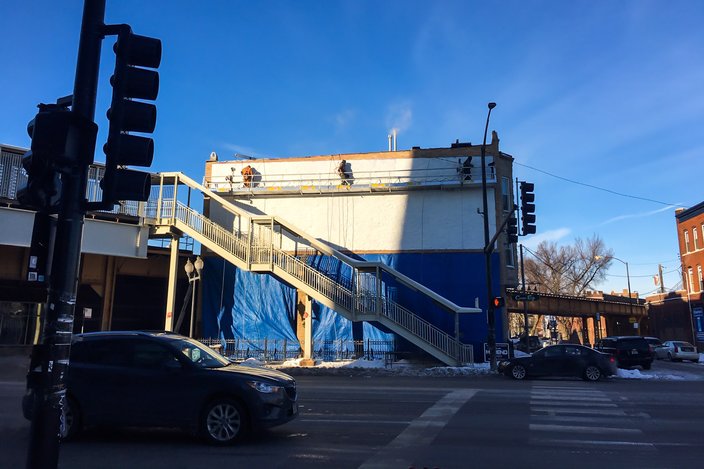 McWilliams and the rest of the paint crew were out early Wednesday and Thursday, during the brunt of the historic Arctic cold blast in Chicago, to prepare a building wall for a new hand painted advertisement. 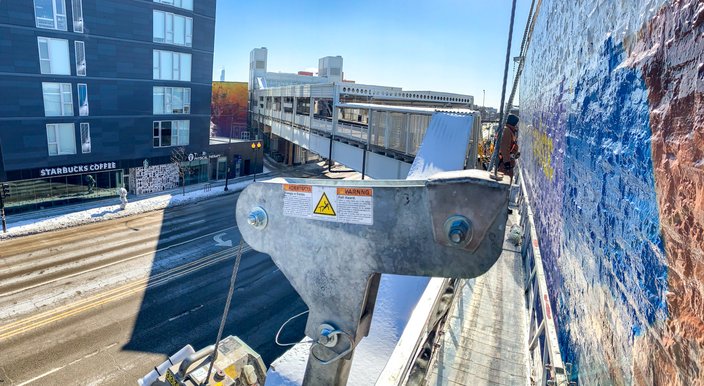 The scene from the scaffold as the crew battled the Chicago polar vortex cold Wednesday and Thursday. At the time, it was around 19 degrees below zero with a windchill around 30 below. 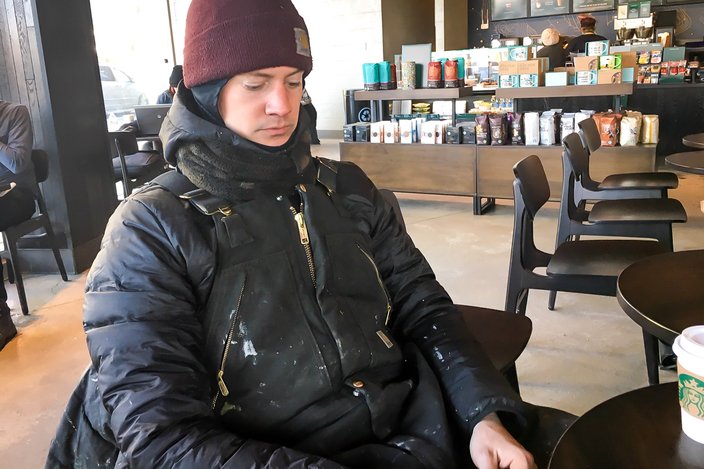 Liam McWilliams takes a break in a Starbuck for coffee and warmth after spending the morning outside painting a brick wall. “You think it was colder yesterday?” he asks a co-worker. “The air is so sharp.” 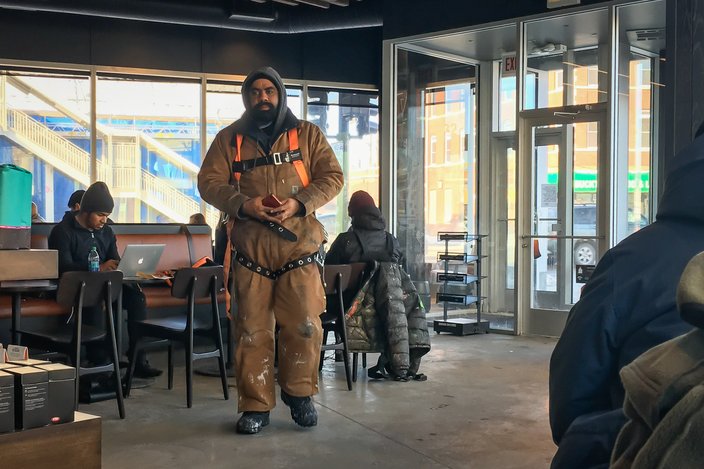 Member of the Colossal Media paint crew getting ready to return to the grim Chicago weather.