P.J. Clarke's owner on new Philly location: 'We want to be the Rouge of Washington Square' 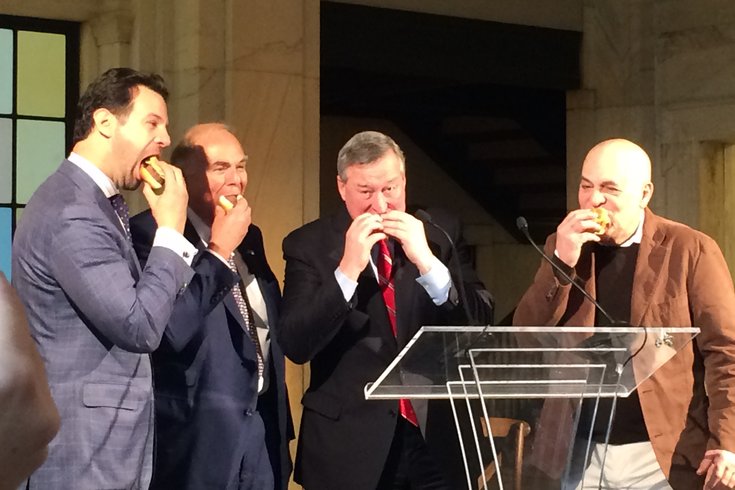 But don't get too hung up on those New York roots: Scotti pleads with Philadelphians not to think of his restaurant as just another invasion of New York.

"Look, for Philadelphia, if there's one thing I want to emphasize, it's that it's not New York coming to Philadelphia," Scotti told PhillyVoice. "Because I grew up here. I don’t want to be part of that 'thing' where Philadelphia thinks it has this identity crisis between New York and Philadelphia. This will be its own place; it will be all Philadelphia, and we’ll work really, really hard at making it that.

We’ll be part of the community – I'm not an interloper.”

Scotti, who bought the 1884-founded P.J. Clarke's in 1999, is a Norristown, Montgomery County, native. His family owned Genuardi's Markets, a family supermarket chain that, at one time, had 76 locations in Southeastern Pennsylvania before being sold to Safeway in 2000. He said to watch for footprints of that legacy in the space: The 200-seat restaurant -- complete with a 30-meter bar -- will be adorned with photos of Scotti as a 10-year-old buying fish at Dock Street (alongside similar images).

In New York, the restaurant has long been known as a watering hole for Irish immigrants, celebrities and anyone with a craving for a cheeseburger. Expect all the usual menu suspects of a P.J. Clarke's at the Philadelphia location, with added items that embrace local culture and use locally sourced ingredients.

It's the small touches, he said, that will give the restaurant a feeling of "familiarity" and cultivate the convivial atmosphere he strives for with other P.J. Clarke's locations -- a place where "CEOs sit next to plumbers, next to guys who cut the grass." (He did note that prices will be adjusted for Philadelphia.) 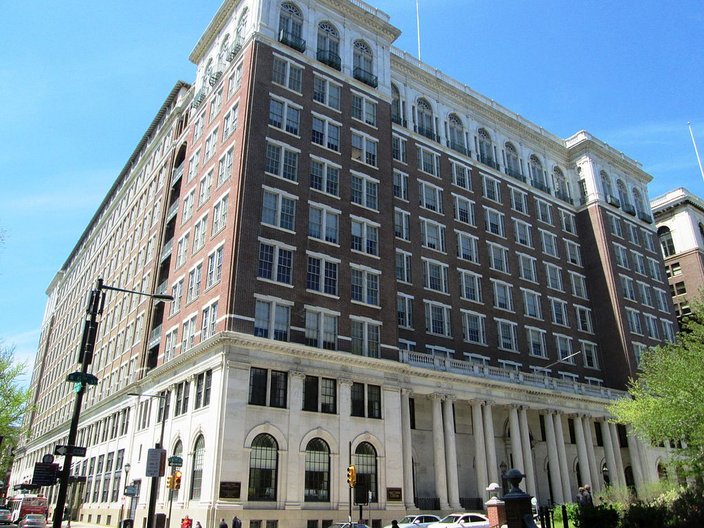 The Curtis Center, which spans the 600 block of Walnut St.

Though, he added he's also acutely aware of the significance of his space overlooking Washington Square, which has garnered renewed interest thanks to the Curtis Center's redevelopment and other projects in the vicinity. He compared opening on the square to the chain reaction that followed when Rouge set up shop in Rittenhouse Square.

"In Rittenhouse, Rouge was the first there -- that started it all. Then everybody took on a sense of, a variance of what Rouge was," he explained. "Washington Square should have its own identity — it’s not only up to me, of course. But we want to be the Rouge of Washington Square.”

That's in line with the narrative Keystone Property, which bought the Curtis Center in a $125 million deal in 2014, is attempting to mold with the square's redevelopment.

“This needs to be better than Rittenhouse Square. And that's a big statement, because Rittenhouse is awesome," Glazer told PhillyVoice. "It really is that cultural epicenter."

But, he speculated, a "tidal wave" of development uniquely primes Washington Square as a place to live, work and play -- likening it to the transformation of downtown Manhattan's Meatpacking District, and noting the success of Independence Beer Garden on Independence Mall last year. P.J. Clarke's is an opportunity to be an anchor for the square.

"Washington Square was never activated. It was very nice, gorgeous -- frankly, I think it's the most beautiful square in the city," Glazer said. "But no one walked around here until now. Now, if you get an icon like P.J. Clarke's at Curtis, all of a sudden you have a sense of place."

Scotti wouldn't put a timeframe on when the restaurant -- which he said will have a "timeless" feel inside -- will open, though certainly look for it later this year. P.J. Clarke's joins Cooperage Wine & Whiskey Bar at the Curtis Center, which operates on the Seventh and Chestnut streets side of the century-old building.