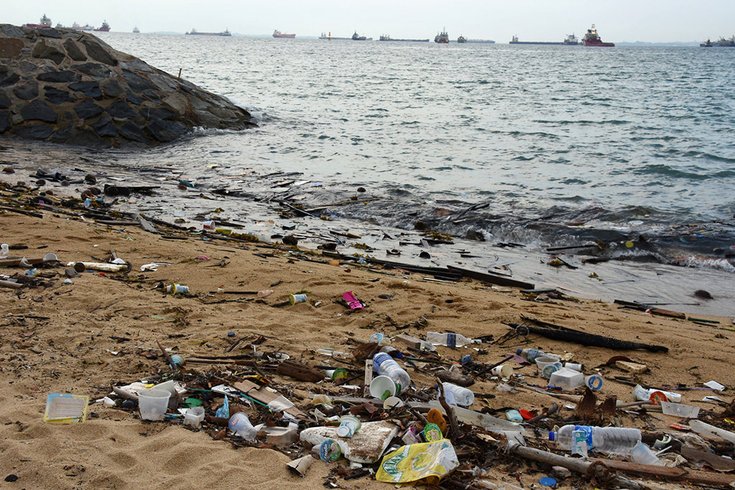 Plastics pollute a beach in Singapore.

Apparently, plastics are not simply filling our oceans, streets and waterways.

They also may be shrinking the length of and causing defects in the penises of newborns.

The number of Australian males born with hypospadia – a birth defect that causes the urethra to exit on the underside of the penis, rather than at the tip – nearly doubled between 1980 and 2000.

And researchers suggest plastics may be to blame.

Several chemicals found in common plastics, tooth paste and beauty products have adverse effects on the endocrine system, according to researchers from the University of Melbourne. Those chemicals include phthalates, BPA (bisphenol A) and parabens, which humans ingest through food or water contamination.

Two doctors, Andrew Pask and Mark Green, are examining the impact that such exposure has on both humans and animals. By infusing drinking water with atrazine – a chemical found in herbicides – a pregnant mouse may give birth to a baby with hypospadia.

"No one likes to talk about this," Pask told the Sydney Morning Herald. "Often parents don't even like to tell their kids they had it. It gets surgically repaired but often the surgeries don't work very well."

The cause of the increased birth defects cannot be genetics because it would take years to spread through a population, Pask said. He suspects the cause is environmental.

Additionally, Pask said studies have shown chemicals that mimic female sex hormones can shorten penis length, though the Sydney Morning Herald noted that claim is not supported by population-level data.