By Patricia Madej and Kevin Shelly 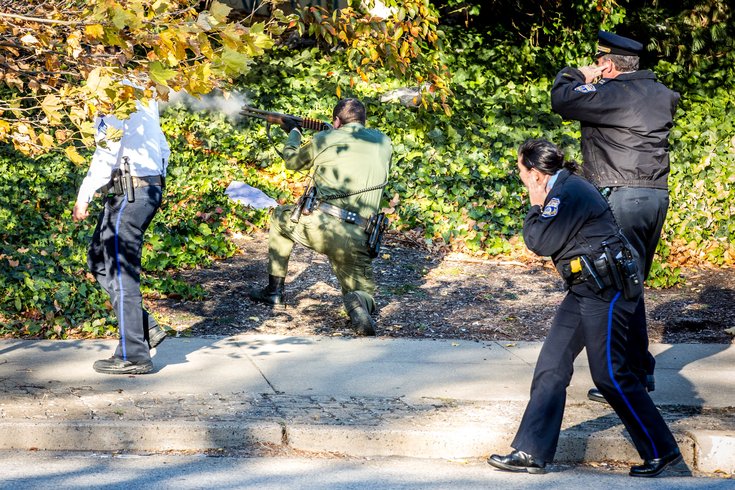 Officer Jerry Czech, center, of the Pennsylvania Game Commission, shoots the bull three times with a 12-gauge slug on Tuesday, Nov. 22, 2016, near Eighth and Vine streets in Center City.

The bull was seen around Seventh and Race streets, making its way to a stand of trees near Eighth and Vine streets, where it met its fate, according to a PhillyVoice reporter at the scene.

Officer Jerry Czech of the Pennsylvania Game Commission shot the bull three times with slugs from a 12-gauge shotgun, calling the incident "an extreme situation, emergency situation." The additional shots were fired as a precautionary measure, given that the animal was "potentially dangerous."

"Never had to do this before in my 18 years," Czech said.

Czech said he did not issue a ticket, adding that would be up to Philadephia police. About a dozen police vehicles converged on the site, block traffic as Czech moved in.

The animal reportedly escaped from the back of a truck en route to a halal slaughterhouse at 162 Lehigh Ave. in West Kensington when it broke a barricade on the truck and ran three miles. Its trek included running along the shoulder of I-95 near SugarHouse Casino.

Sgt. John Massi of the 26th District called the incident "a fiasco." Massi said the bull ran about three miles.

The bull and its delivery driver, Steve Stolzfus, are from Lancaster County.

Stolzfus, who hopefully had a rope in his hands when the bull was shot, said he is a former member of the Amish, having left the faith last year.

The small bull was destined for a butcher best known for selling poultry, which is slaughtered and butchered on site. 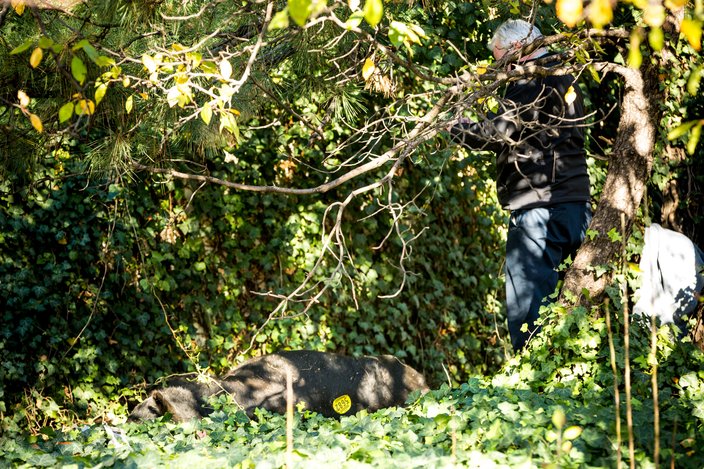 A detective photographs the bull shot and killed by a Pennsylvania Game Commission officer near 8th and Vine streets in Center City on Thursday afternoon. 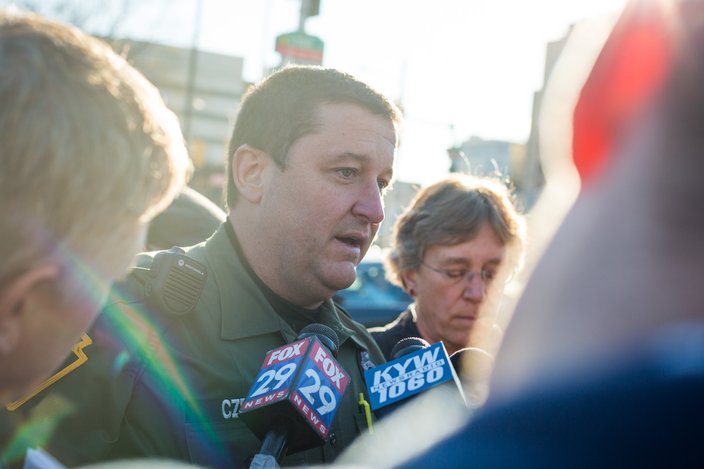 Officer Jerry Czech of the Pennsylvania Game Commission speaks to the media shortly after shooting the bull on Tuesday afternoon. 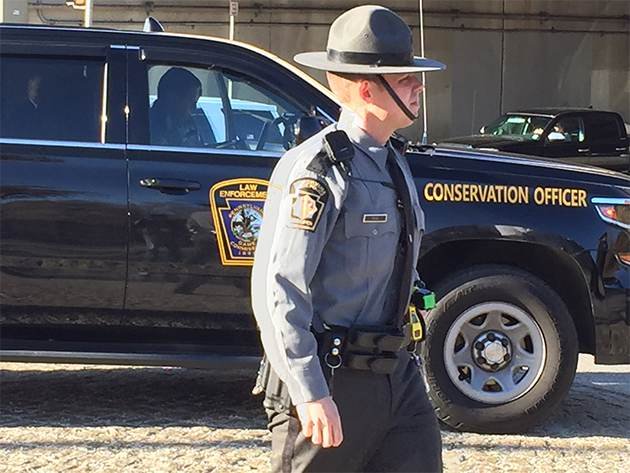 A Pennsylvania Game Commission conservation officer on the scene of a bull on the loose in Old City on Tuesday afternoon. 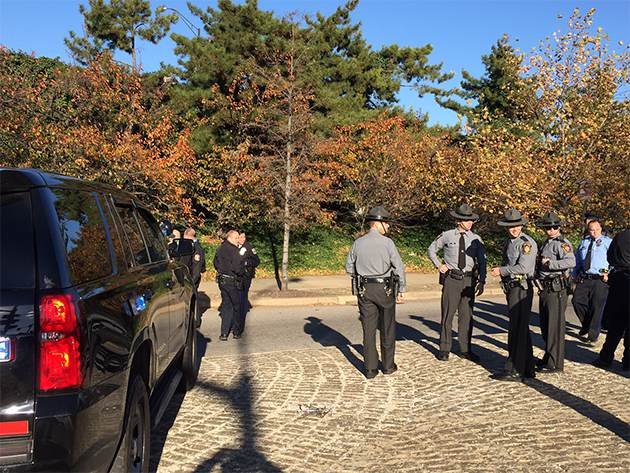 Pennsylvania State Police and Philadelphia police officers respond to the scene of a bull on the loose on Tuesday afternoon. The animal was shot and killed by a state conservation officer.

West Philly gets zebras. Fishtown has a cow. pic.twitter.com/aixoSLyl7w

Philly traffic report on @KYWNewsradio "Cow on 95, he took the Vine Street and got off at 8th."

This story is developing. Check back for updates.