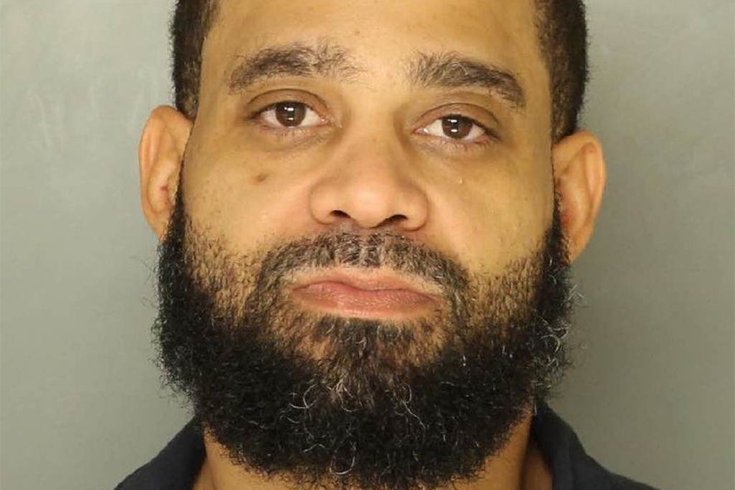 Ronald Smith, 41, of Coatesville, Chester County, is charged with drug and gun offenses, according to police. He is a fugitive.

Police in Chester County are searching for a suspect after seizing large quantities of drugs, guns and money from a heavily-fortified home.

Police were exercising a search warrant at the 438 Valley Road home of Ronald Smith in Coatesville when they discovered heroin, cocaine, crystal meth, and five guns, some with a 30-round magazine, an extended barrel and an obliterated serial number, authorities said.

Smith, 41 and unemployed, is charged with possession with intent to distribute drugs, firearms offenses and related charges, officials said. He is wanted and at large.

"The police found the unholy trinity of guns, drugs, and money in the defendant's house," said Chester County District Attorney Tom Hogan in a statement. "This defendant was poisoning the Coatesville community and was a threat to law enforcement. The streets in Coatesville will be a little safer when we get him in custody."

The criminal complaint alleges that, based on suspicion of drug activity at the rowhome, police obtained a search warrant that was executed on Nov. 11. 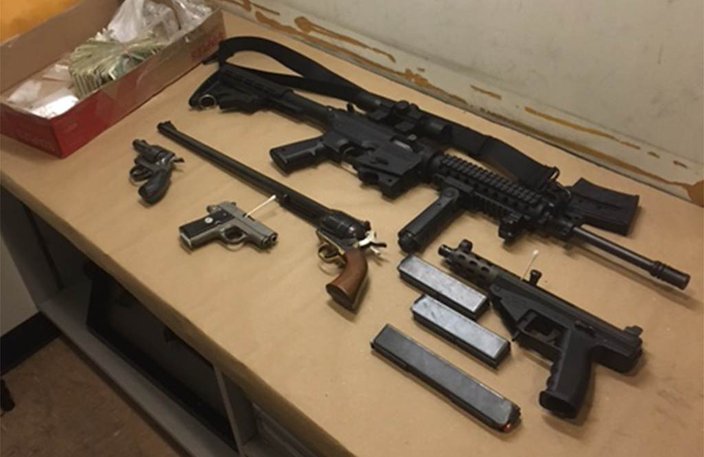 This cache of guns was seized at the Coatesville home of Ronald Smith, according to a criminal complaint of charges filed by the Chester County District Attorney's Office.

Police discovered the residence was heavily-fortified, and the front door was reinforced with a steel security bar, the complaint said. Surveillance cameras were installed both inside and outside the home, as well as a monitor showing a live video feed.

Inside, police discovered large quantities of powder and crack cocaine, heroin, crystal meth, prescription pills and marijuana, in addition to drug packaging equipment and a house safe, the complaint alleges.

"The defendant was running a full-service pharmacy for illegal drugs," Hogan's statement added. "He chose to protect his illicit activity in a fortified bunker and with prohibited firearms. However, persistent efforts and good teamwork by Chester County law enforcement shut down the defendant's drug operation."

Anyone with information on the case or the suspect's whereabouts should contact Coatesville Detective Jonathan Shave at 610-384-2300. Information can also be provided anonymously on a recorded tip line at 610-380-1830 or by texting the keyword of Coatesville and your message to 847411.