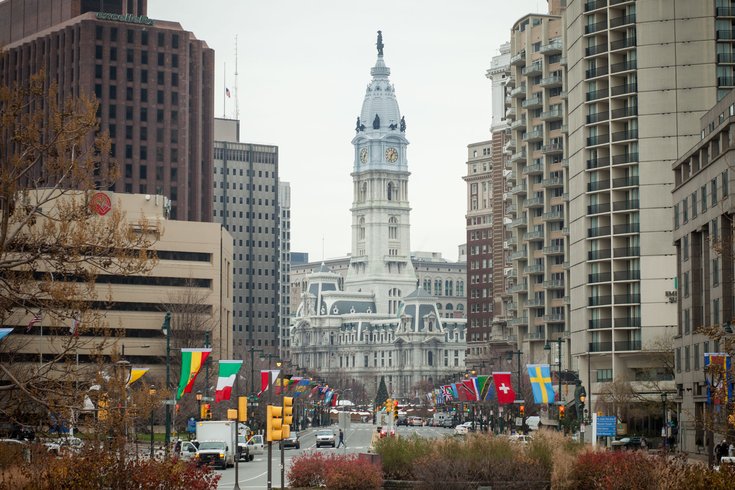 City Hall marks the Southeastern point on the Benjamin Franklin Parkway in Philadelphia.

More Philadelphians than ever before are optimistic about the city's direction, according to a poll published Wednesday.

Pew Charitable Trusts released its latest findings after surveying 1,640 city residents on a variety of topics. With the exception of 2014, Pew has examined residents' outlook on the city annually since 2009.

The poll was conducted in August via telephone interviews with city residents who were at least 18 years old.

Every year, Pew asked if respondents believed the city was heading in the right direction. Half answered yes this year, while 34 percent said the city was on the wrong track. That's the most positive results the poll has ever recorded. The previous high had been 46 percent in 2009. 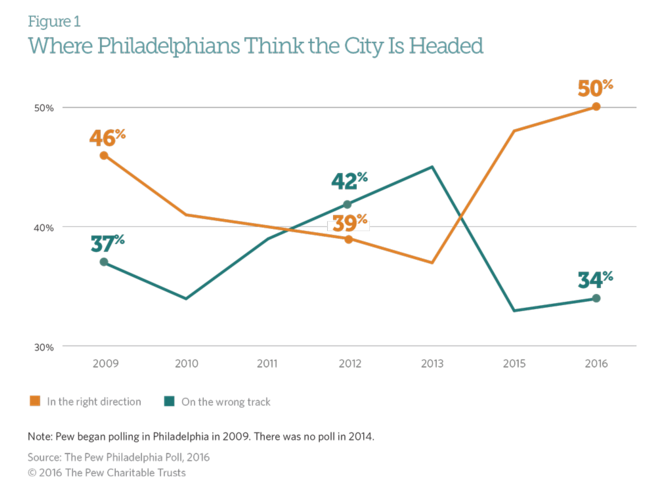 After a lengthy debate to pass the city's soda tax, the poll found that a majority of respondents supported the measure. Philly became the first major U.S. city to enact a tax on sugary drinks in June and 54 percent of people endorsed it while 42 percent oppose.

Unsurprisingly, Philly's enthusiasm with the city's direction and the new tax carries over to Mayor Jim Kenney. In his first year in office, 53 percent of residents approve of Kenney while 23 percent disapprove. Kenney's disapproval rating is lower than any recorded during Michael Nutter's tenure. However, Pew noted that a poll was not conducted during Nutter's first year in office.

Despite the positive outlook, millennials do not believe they will remain in Philly over the next five to 10 years. Half of respondents aged 18- to 34-years-old said they "probably will not" or "definitely will not be" living in the city after that time. The most common reasons given for leaving the city was "job/career reasons" (23 percent) and "schools/child upbringing" (21).

Pew said the poll was weighted to match the city's demographics from the American Community Survey of the U.S. Census Bureau, including gender, education, income, race and ethnicity.