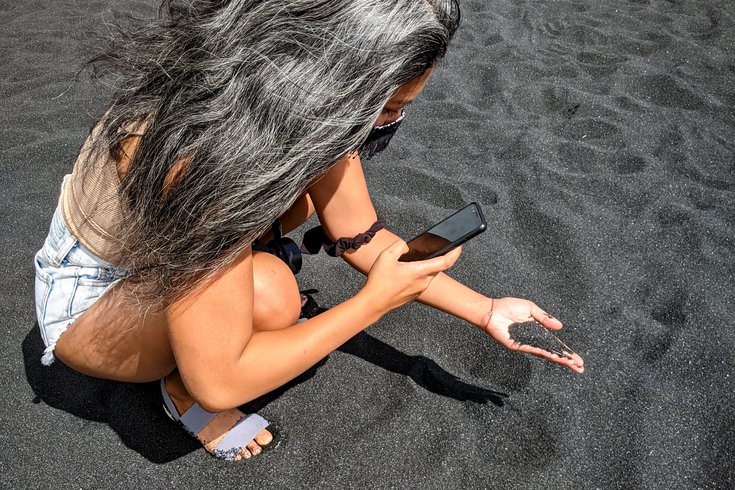 Hair follicles under the skin are vulnerable to stress hormones and other changes in mental and physical health. These changes can make hair grow out of the scalp with less pigmentation.

Do you anxiously stare in the mirror checking for errant gray hairs that are often the first signs of aging? While growing older is inevitable, some of us show the physical signs of aging earlier than others.

The reason behind this isn't completely understood, but scientists say genetics play a role. So do external factors, like stress.

A new study not only confirmed the long-held belief that psychological stress contributes to graying hair, but it also included a surprising finding: hair color can be restored when stress is reduced, at least temporarily. The research, out of Columbia University, contradicted earlier studies that found that stress-induced graying was permanent.

"Understanding the mechanism that allow 'old' gray hairs to return to their 'young' pigmented states could yield new clues about the malleability of human aging in general and how it is influenced by stress," said Martin Picard, an associate professor of behavioral medicine at Columbia.

"Our data adds to a growing body of evidence demonstrating that human aging is not a linear, fixed biological process, but may at least in part, be halted or even temporarily reversed."

Beyond genetics, people physical and social environments, including their ability to maintain a healthy lifestyle, can influence the aging process, according to the World Health Organization.

Hair follicles under the skin are vulnerable to stress hormones and other changes in our mental and physical health, Picard explained. These changes can make the hairs grow out of the scalp with less pigmentation. Strands of hair can even be two-colored as the transition to gray occurs — or reverts.

The researchers analyzed individual hairs from 14 volunteers, ages 9 to 65, by measuring the effect of stress at a single follicle-level, the first study to do so.

Ayelet Rosenberg, a student in Picard's laboratory, developed a way to quantify pigment change by taking detailed images of hair slices. The researchers analyzed slices that were about 1/20th of a millimeter wide. Each slice equaled about an hour of hair growth.

"If you use your eyes to look at hair, it will seem like it's the same color throughout unless there is a major transition," Picard said. "Under a high-resolution scanner, you see small, subtle variations in color, and that's what we're measuring."

The researchers compared their findings to the volunteers' stress diaries, in which they were asked to rate their stress levels on a weekly basis.

The researchers found that, in some cases, a reduction in stress led to a temporary reversal of graying. Ten of the volunteers — all between ages 9 and 39 — had some graying hairs regain color. One 35-year-old man had five strands undergo graying reversal during a two-week vacation.

By contrast, one 30-year-old woman with black hair had a strand turn white during a two-month stretch in which she was separated from her spouse, her most stressful period of the year.

The researchers stressed, however, that restoring hair color isn't possible for everyone. Biological age and other factors that influence aging also play a role.

If a person has been gray for years, reducing their stress levels isn't going to be a panacea, at least not in regard to hair color. But limiting stress might slow down the graying process for people in their middle ages.

"What was most remarkable was the fact that they were able to show convincingly that, at the individual hair level, graying is actually reversible," Matt Kaeberlein, a biogerontologist at the University of Washington, who was one of the editors of the paper but was not involved in the work, told Scientific American. "What we're learning is that, not just in hair but in a variety of tissues, the biological changes that happen with age are, in many cases, reversible — this is a nice example of that."

The researchers also discovered that stress-induced changes in hair color could be the result of changes in mitochondria. They found that when stress-induced hair changes occurred, there also were changes happening in 300 proteins in the hair follicles.

"Mitochondria are actually like little antennas inside the cell that respond to a number of different signals, including psychological stress," Picard said.

More research is needed to explore the long-term effects of stress in hair follicles, Picard said. The researchers are developing a new study in which they can track participants' stress more closely instead of relying on their recall of past events.

The findings of their study were published in eLife.