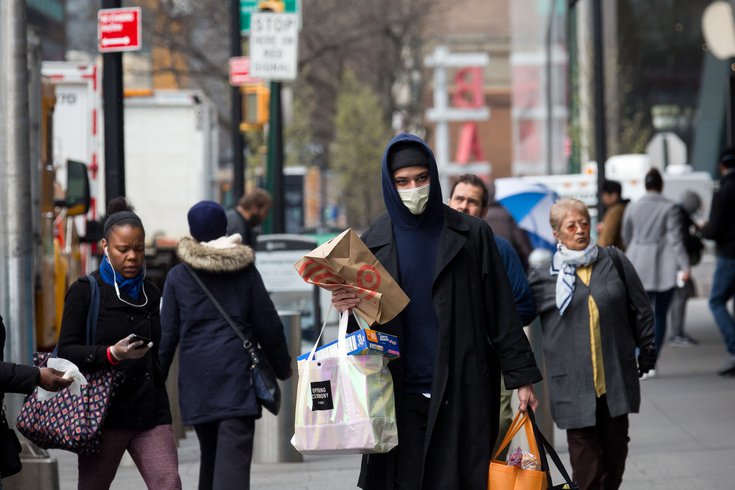 The theory of psychological reactance explains why so many Americans have resisted wearing masks and adhering to social distancing guidelines during the COVID-19 pandemic, Swarthmore College behavioral scientist Syon Bhanot says.

Federal health officials first advised Americans to wear cloth face masks amid the coronavirus pandemic one week ago. But the recommendation hasn't exactly persuaded the masses.

While social norms may make some people hesitant to wear a mask at the grocery store or pharmacy, for others, a psychological factor may be sparking an outright resistance, Bhanot said. And it's the same factor that kept bars, shopping malls and beaches full of people until state governments closed these spaces in the interest of public health.

It's the theory of psychological reactance. The idea, popularized by psychologist Jack Brehm in 1966, is that when individual freedoms are taken away – or even threatened – people are adamantly stirred to protect them.

Essentially, it boils down to this: You can't tell me what to do – and I'll prove it by doing the opposite.

"As soon as you come along and say, 'You can't do this, you can't do that,' people say, 'Who are you experts or government to tell me what I can or can't do?,'" Bhanot said. "'Let me show you. I'll go out more or congregate more to prove a point.'

Reactance commonly rears its head in everyday life. It's exhibited by young children and teenagers testing their boundaries. It manifests as the instinctive counterpoint delivered amid spousal disputes.

And while it's often innocuous, it can offer profound benefits. In that way, it's self-preserving.

"Suppose someone is trying to infringe on your civil liberties or civil rights, saying, 'You can't vote,'" Bhanot said. "It's actually your constitutionally-protected right. You can assume in those cases it's actually a virtue to say, 'I'm going to exert my right to this. I'm not going to accept tyranny in that form.'"

But in a public health crisis, reactance is dangerous, Bhanot said.

Even with social distancing guidelines in place, health experts expect COVID-19 to kill at least 60,000 Americans by August. If people ignore them, that figure could balloon.

Still, it's tempting to disregard them, because the world doesn't appear particularly treacherous. Rather, the weather is warming and trees are blossoming. People are out walking their dogs or taking a jog.

In most places, ambulance sirens are rare and death counts are confined to the news. So why wear a mask? And why not invite some friends over for dinner?

"We need people to take action while it still seems like an overreaction," Bhanot said. "I think that's a huge barrier, getting people beyond (the thought that) what you see is the reality. Here, what you see is really a time-delayed reality."

To do so, he encouraged people to self-analyze their responses to public directives and to recognize their lack of individual power against the coronavirus. The pandemic cannot be willed away.

He also urged people to find ways to make social distancing the norm. Proudly wear a mask, acknowledging others who do so, he suggested. Or go well out of the way to avoid another person when walking down the street, signaling the importance of physical distance.

"Even though people don't trust experts or government officials, maybe once they see their neighbors taking action, maybe there's a chance for norms to form at the grassroots level," Bhanot said. "I think that might be a saving grace."