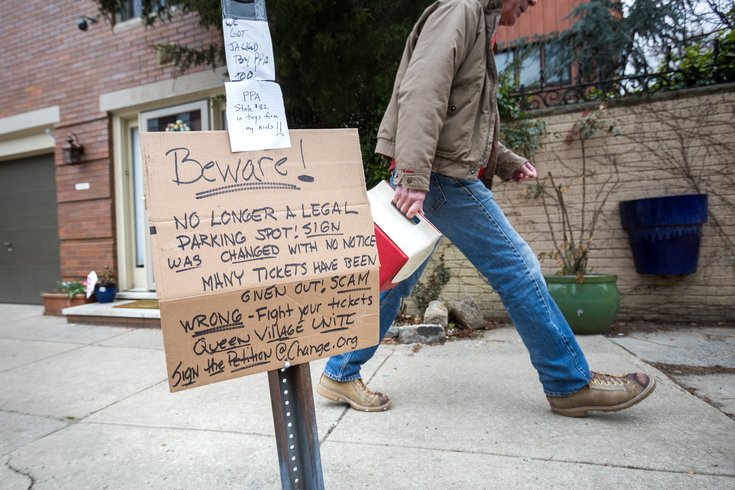 After a new 'No Parking' sign was installed on a Queen Village street, a neighbor angered by the sign created a Change.org petition to have it changed.

Erin Rogers isn't upset she got a $41 parking ticket. But she's furious that ticket suddenly landed on her vehicle in a spot she's been parking legally for years.

It's the same story for Kris Bonney and Adam Cygler. All three are neighbors in the Queen Village neighborhood of Philadelphia who, during their years of living in the area, got comfortable parking in a single space at Second and Monroe streets without any problem at all.

Earlier this month, when the longtime sign was replaced, it seemed the spot they relied on after long hours of work or dropping the kids off at soccer practice had been taken away.

But they fought back.

To hear all three neighbors tell it, the spot has two signs. One says, "No Parking: Street cleaning 1st and 3rd Thursday 9 a.m.-11 a.m. Mar thru Dec" under one that says, "No Parking Anytime."

Before the sign was replaced around March 9, the "No Parking Anytime" sign only had a forward facing arrow, allowing them to park behind the sign, they said. The new sign (pictured below) has an arrow facing both directions. 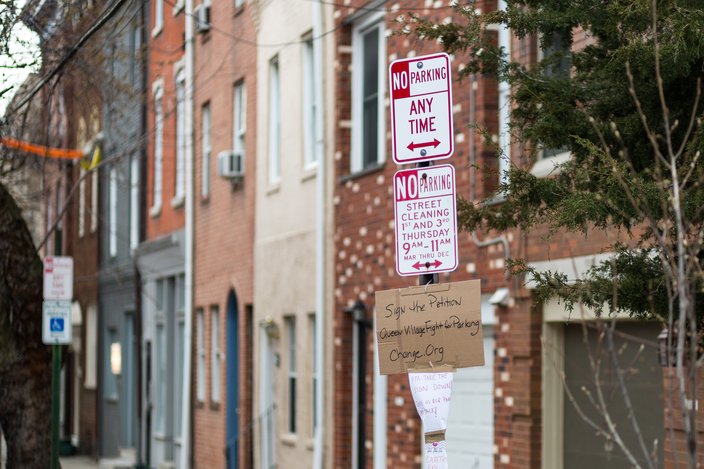 The 'No Parking' sign that was installed earlier this month near the corner of Second and Monroe streets.

Rogers, 43 who's lived on Second Street near Fitzwater Street for about two years, said the one side of the arrow had always been covered up by what looked like a sticker, but regardless of how it got there, it was honored.

When she went to her car at 6 a.m. about two weeks ago, she noticed the spot had become illegal – almost overnight.

"I was furious," she said. "I had been parking there for two years without an issue."

Rogers noticed that other people in the neighborhood were surprised to get tickets, evident by the notes left on the sign.

"Careful, PPA Scam," read one. "We Got Jacked By PPA Too," said another. Rogers wrote her own note and left her phone number, ready to hear grievances from others who got slapped with a fine. She found that some tried to fight the ticket but were forced to pay when the PPA wouldn't give in.

In response, she started a Change.org petition that's gathered 51 supporters of her 100-person goal.

Rogers said it's not about this one ticket or one space – it's a fight for a parking spot in a neighborhood becoming more and more difficult to find one at all, despite the parking permit she obtained from the city.

"That spot has been an almost sacred spot for us neighbors," Rogers told PhillyVoice on Wednesday. "Outsiders that come into the neighborhood for South Street and the Riverfront thought [the 'No Parking Anytime' sign] was permanent. It wasn't taken up by tourists." 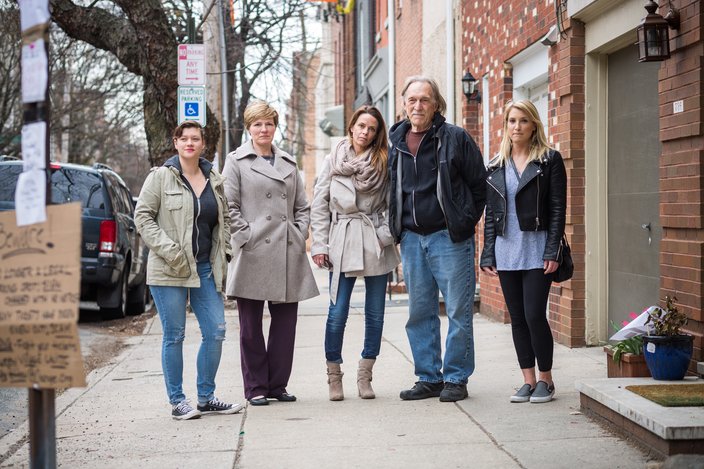 Erin Rogers, center, organized a Change.org petition to have the 'No Parking' sign changed. Rogers easily gathered a few nearby neighbors for a photo on Thursday, March 30, 2017, who also felt misled and were angered by the sign. They later learned the sign would be changed back, their tickets were voided and refunds given by PPA.

Marty O'Rourke, a spokesman for the parking authority, said early Thursday that the signage around the city is the Philadelphia Streets Department's responsibility. PPA officers just enforce what's there, he said.

Contacted Thursday morning, a spokesperson for the Streets Department said the complaints were being shared with its Traffic Unit for investigation.

"She said, 'You're meaning to tell me two PPA officers said you parked illegally and you don't think you did?" – Adam Cygler, on his visit to traffic court

But shortly after 4 p.m. Thursday, O'Rourke called PhillyVoice back to say that a "mistake was made," and that the sign would be corrected by Thursday night or early Friday morning.

Any neighbor with an unpaid ticket will no longer have to pay and those who already paid a ticket will be refunded their money, too, he said.

It's a far cry from the response that Cygler, 37, who's lived in the neighborhood for seven years, got Tuesday at traffic court when he tried to fight two tickets resulting from leaving his car in the spot over a weekend.

"I went in there pretty confident that they would take one away and the lady just looked at me and said, 'You're fighting two tickets?' She said, 'You're meaning to tell me two PPA officers said you parked illegally and you don't think you did?" Cygler recalled.

"She couldn't have been more rash and rude to me. She said, 'These tickets stand,'" he told PhillyVoice. "'You have 30 days to pay them.'" 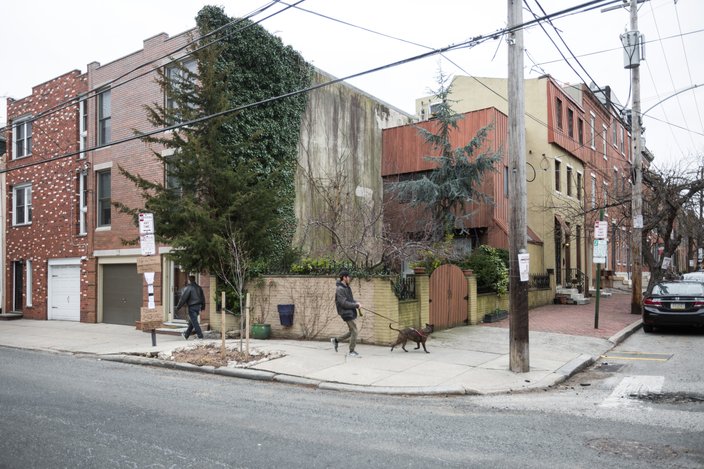 The southwest corner of Second and Monroe streets in Queen Village. The contested sign is at left.

Cygler was told the sign is necessary because a parked car would obstruct the view of the garage next to it. That garage belongs to Bonney, 47, who's lived in Queen Village for three years.

"That was the first I've ever heard of that," Bonney said.

The response from the PPA is nothing but a win for Rogers and her neighborhood who will get the spot back, but she said she was ready to keep fighting.

"All I knew was that it was wrong," she said. "But I was like, there's power in numbers and this one was just so unfair. But I'm thrilled. I can't believe it was that easy."