The Netflix star hit Michael Solomonov's restaurant twice during filming, and nearly went back for a third round 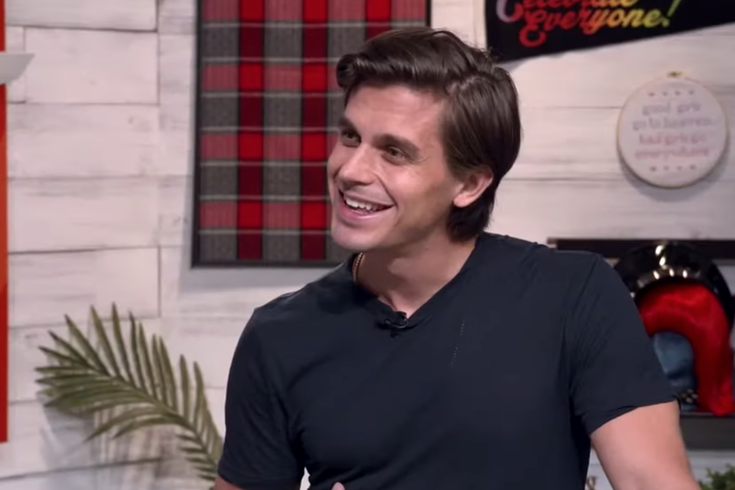 Queer Eye's Antoni Porowski was a huge fan of both Vernick and Zahav during the show's time filming in Philly.

In case you somehow missed it, Netflix's wildly popular reboot of "Queer Eye" was filming all over Philadelphia for the last month. The show's fifth season, which debuts in 2020, will be set in Philly. For some, this has been a very big deal.

A bakery in Fishtown created a drink menu inspired by the show's cast, a pair of local artists set up a themed scavenger hunt, and there was even some controversy about the show allegedly trying to whitewash a scene in Center City.

But what everyone really wanted to know is what the cast was eating during their time in the city.

Turns out, at least one cast member managed to hit the best restaurants in Philadelphia -- multiple times.

Per a new New York Magazine Grub Street interview, Antoni Porowski was a huge fan of both Vernick and Zahav. This is unsurprising, considering they're two of the biggest names in Philly's restaurant scene.

Antoni had great things to say about both:

"At night, I had a fantastic dinner at Vernick Food & Drink. I’d gone earlier, the first or second night I was in Philly, and so I went again on the last night there, as a sort of celebratory occasion. My agent, who is also my best friend, was visiting me and we had an awesome meal.

"I was considering going to Zahav for a third time, but my stomach hurt for two days after eating there because I ate so much. This happens very often. If something is delicious, I struggle with leaving things on the plate. My father is the same way; a lot of Polish people are like that.

"About the delicious food, though. I had the beef tartare on toast, the madai with melanin-brown butter, the cucumber Greek salad, the striped-jack sashimi, the Colorado rack of lamb with warm leek vinaigrette, the Atlantic halibut with saffron orzo, and grilled halloumi with figs.

"You know what really surprised me? The Greek salad. Normally you see that and you’re like, “Okay, pass. What have I never had before?” But the waitress was like, “You kind of have to order this.” And she made us get it, and it was one of my favorite things."

Eating way too much at Zahav sounds totally understandable. I haven't managed to get a seat at Michael Solomonov's legendary Israeli restaurant yet, and thanks to the James Beard foundation it might be a little while until I can, but it didn't win restaurant of the year for nothing.

Between the luxurious dinner selections, and a professed love for La Colombe's Colombian cold brew, it sounds like Antoni had a very productive, city-appropriate time in Philly.