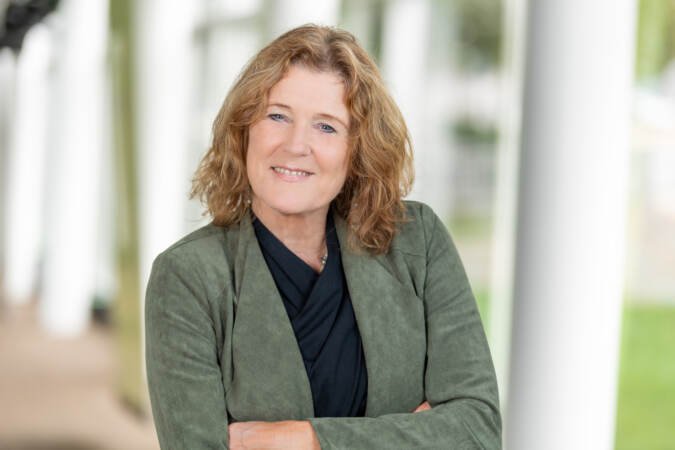 Marty Moss-Coane, who has hosted WHYY's 'Radio Times' since 1987, is leaving after 35 years of leading the program in Philadelphia.

Marty Moss-Coane, the familiar voice of WHYY's long-running "Radio Times" show, will be leaving in November after 35 years at the helm of one of Philadelphia's most popular variety news programs.

Coane and WHYY announced her departure after a final appearance on Nov. 18.

"There's no perfect right time to do something like this," Moss-Coane said during Thursday's broadcast, pointing to a number of factors that influenced her decision. She has two grandsons she wants to spend more time with and would like to focus on pursuing some other personal interests.

Moss-Coane added that she's developing a new WHYY program, tentatively called "The Connection," which she said will be "more psychologically based" and will air once per week. "Radio Times" currently airs every weekday from 10 a.m. to 11 a.m. and it's unclear what WHYY plans to do with the time slot once Moss-Coane leaves the show.

"I won't be sitting on my porch on a rocker," the 73-year-old host said. "I'll be doing some things, but doing it at my own pace."

Moss-Coane joined WHYY as a volunteer in 1980 and went on to become a reporter for the NPR-affiliated public FM station. She worked as an editor and assistant producer on "Fresh Air" before taking the reins on "Radio Times," a new show in 1987 that combined hard news and current events with deep dives on interesting topics and interviews with a range of notable guests.

"I’m at a point in my life and career where I just need to step back," she said Thursday. "I need to get off the merry-go-round of the daily grind of a daily show.”

In recent years, Moss-Coane had reduced her workload by passing duties to Mary Cummings-Jordan on Mondays.

"Radio Times" has produced roughly 500 shows per year with Moss-Coane, a pace she felt had become "unsustainable," given the amount of homework she had to do on a nightly basis to put together a strong program.

Moss-Coane said Thursday that one of the guiding principles of her career has been a belief in commonality among people.

"There is commonality. It may not feel that way anymore, but there are common issues that we all care about," she said. "As a community, we can talk about things. I do believe in the power of conversation literally to change people's lives, to change people's minds."