Week of highs and lows for Elkins Park bakery, business gets featured by CNN then burglarized not long after

The 51-year-old business, beloved for challah bread, is a staple of the region's Jewish community. The theft of $1,500 came shortly after Rosh Hashanah 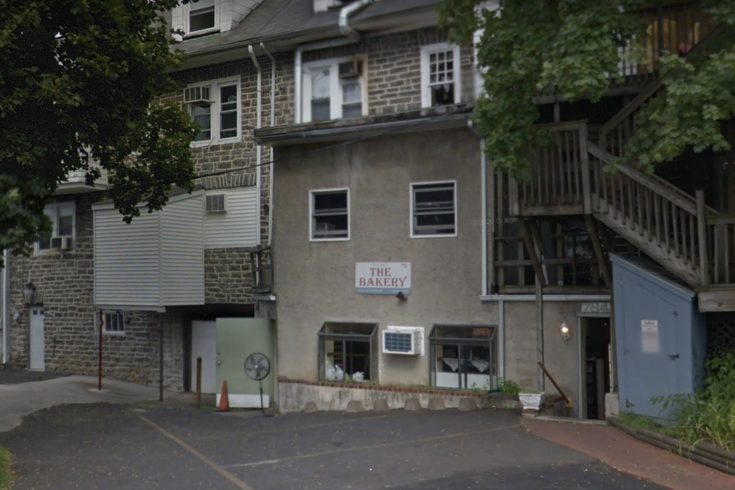 Roling's Bakery, at 7848 Montgomery Ave. in Elkins Park, Pennsylvania, was burglarized during Rosh Hashanah, the Jewish New Year. The 51-year-old business had just been featured with a photo in a CNN article.

Jewish families celebrated Rosh Hashanah on Sunday, marking the start of the new year in the Hebrew calendar and beginning the High Holy Days that will culminate Tuesday with Yom Kippur.

Roling's Bakery has supplied the Philadelphia region's Jewish community with traditional challah bread during the holidays for 51 years. The tiny mom-and-pop shop in Elkins Park is run by Israel Roling, who took over the business from his parents, Rita and Sam, who formerly ran Sam's Falafels food trucks in the city.

Roling's is considered a local landmark for many Jewish families, who are willing to make a special trip to get a flavorful loaf of challah for special occasions. The business sells a range of breads, cakes, pies, sweets and specialty items. During the High Holy Days, the influx of customers requires the business to set up tents outside to accommodate the rush.

On Sunday afternoon, CNN ran an article explaining the history of Rosh Hashanah and its significance in Judaism. One of the photos in the article featured freshly baked challah from Roling's Bakery. Local press isn't uncommon for the business, which has been covered by the Inquirer and NBC10 over the years, but a mention in CNN was exciting for the bakery's loyal customers.

Israel Roling was too busy to even notice the photo had been run in the CNN story.

"Believe me, our customers are aware of everything, so they let me know. I'm not surprised," Roling told PhillyVoice on Thursday. "We're the dying-breed bakery here. We make things from scratch, so people find it interesting and unique that we're still alive. Target, Walmart, they're trying to kill the small mom-and-pop places."

Some time after the CNN story was published, Roling's Bakery was burglarized, as first reported by Glenside Local. Roling isn't sure exactly when it happened, and there's no reason to believe the perpetrators targeted the business based on the CNN story.

Roling said a security slip-up made access to the storefront easier for the thieves.

"Probably two people, the cops think they jimmied the lock and they got in here," Roling said. "We didn't use the bolt like we usually do. With the holidays, we've been up for so long and so busy, unfortunately I left more money down here than I'd like to, and they got in and stole the register with a few other things."

Roling estimated he lost about $1,500 plus the cost of the register and a few other items. The bakery also will need to get new locks.

Roling reported the incident to Cheltenham Police, who told him they believe the burglary is possibly connected to similar crimes at other local businesses. Roling said a pizza place, a pharmacy and a frame shop have been targeted in recent months, and he lamented that crime has become more common in the Philadelphia suburbs.

But despite the rise in anti-Semitic incidents in the United States in recent years, reported incidents have declined in Pennsylvania over the last year — though the western part of the state tends to have higher levels of anti-Semitism. In New Jersey, anti-Semitic incidents reached the highest rate ever recorded last year. Just this week, the Jewish fraternity house at Rutgers University's New Brunswick campus was egged in an act Gov. Phil Murphy called anti-Semitism.

Still, Roling doesn't think his bakery was targeted out of hatred.

"No, I think they want money. These are petty thieves," Roling said. "They saw a lot of people outside in the tents because we're very busy, and I unfortunately didn't secure the place like I normally do."

A call placed to Cheltenham Township Police on Thursday morning was not immediately returned. Roling isn't expecting to get his money back.

"The guys are wearing hoodies and this and that. (Police) think it's two people that keep doing it. This neighborhood's gotten hit pretty hard recently," Roling said.

Even with the loss and aggravation, Roling and his team are trying to take the burglary in stride.

"Look, it all comes from God, so it is what it is," Roling said. "We accept it and move on, just try to be a little more careful."