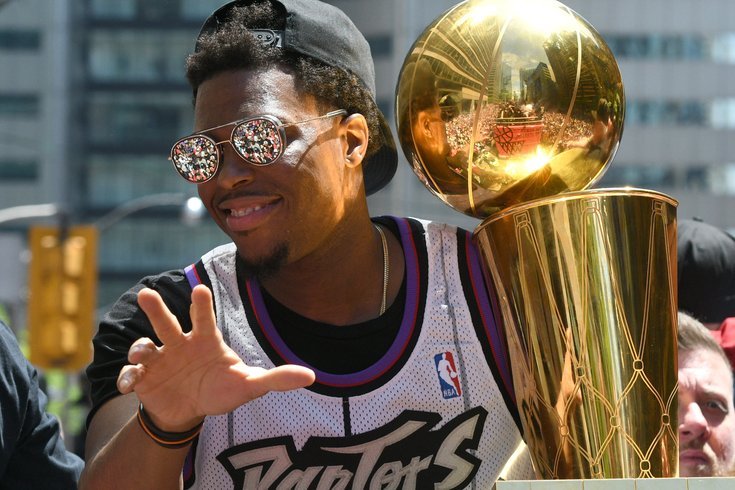 Toronto Raptors guard Kyle Lowry paid tribute to his North Philadelphia roots with a pair of sneakers worn during warm-ups for the NBA's opening night on Oct. 22, 2019.

Kyle Lowry and the defending NBA champion Toronto Raptors begin their 2019-20 season on Tuesday night against the New Orleans Pelicans.

Lowry, a North Philadelphia native and former star at Villanova University, has always remained proud of his roots. A Google Street View image of his former home even randomly showed a family member wearing a Kyle Lowry shirt there, years later.

He even brought the NBA's Larry O'Brien trophy to North Philly after the Raptors won the title back in June.

Before Tuesday night's game, Lowry was photographed at practice wearing sneakers that said the words "North Philly" across the back. The font and style used on the sneakers combines the "North" seen on Raptors jerseys and other merchandise with the word "Philly."

Sixers fans hardly need to be reminded that Lowry and the Raptors eliminated Philadelphia from the playoffs in heartbreaking fashion. Nothing will erase the memory of Kawhi Leonard's buzzer-beating Game 7 shot, but it's nice to see Lowry paying homage to his hometown.