Enjoy unlimited pours of cask-conditioned beers in the brewhouse 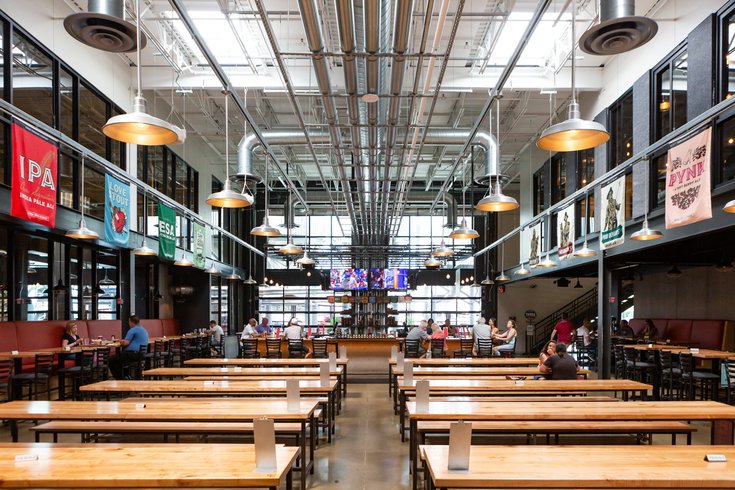 Inside the Yards Brewing Co. taproom on Spring Garden Street. The brewery is hosting the annual Yards Real Ale Invitational on Sunday, April 19. Guests can enjoy British food in the taproom and cask-conditioned beer in the brewhouse.

Tickets for the beer festival, where more than 50 cask-conditioned beers will be poured, are currently on sale for the early bird price of $55 through Tuesday, March 31.

The fee includes admission to the brewery on Spring Garden Street, unlimited samples, a commemorative glass and British bites.

Guests will get to hang out in the taproom, as well as the brewhouse. Attendees can drink and listen to live music among the warehouse's walls of kegs, cans and bottles.

For the past seven years, the Real Ale Invitational has sold out, so Yards recommends getting tickets to the event early.

You can check out a video from last year's festival below. And if you're not sure what "real ale" means, know that you're signing up to drink mainly unfiltered and unpasteurized beer. If you've had Yards' Extra Special Ale before, then you've tried a cask-conditioned brew.