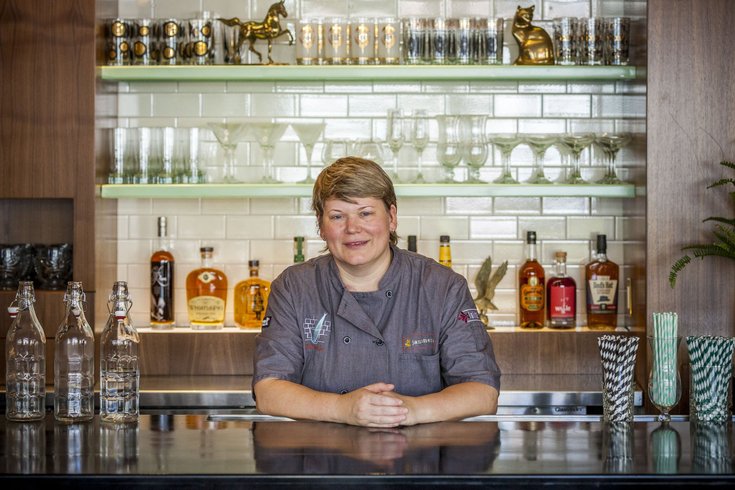 Marcie Turney, pictured here in Bud & Marilyn's, is part of the all-star lineup of female chefs, cheesemakers, producers, bartenders and culinary leaders participating in a special event on March 23. The fundraising and tasting event will raise money for the James Beard Foundation Women's Initiatives.

UPDATE March 14: The planned fundraiser for the James Beard Foundation Women’s Initiatives on March 23 at Triple Bottom Brewing is postponed until late spring 2020. The decision was made due to concerns surrounding the spread of COVID-19.

The event will take place from 6 to 9 p.m. at Triple Bottom Brewing Co., a woman-owned microbrewery on Spring Garden Street.

Tickets are $100 and all funds raised will support the advancement of women in the hospitality industry.

There will be an epic cheese spread, too, curated by Tenaya Darlington, also known as Madame Fromage. And there will be beer, wine, cocktails, specialty teas and coffees from women-owned businesses.

The full list of participants can be viewed online.