The trend is higher in working-class, Black neighborhoods, which could make it harder for residents to become owners 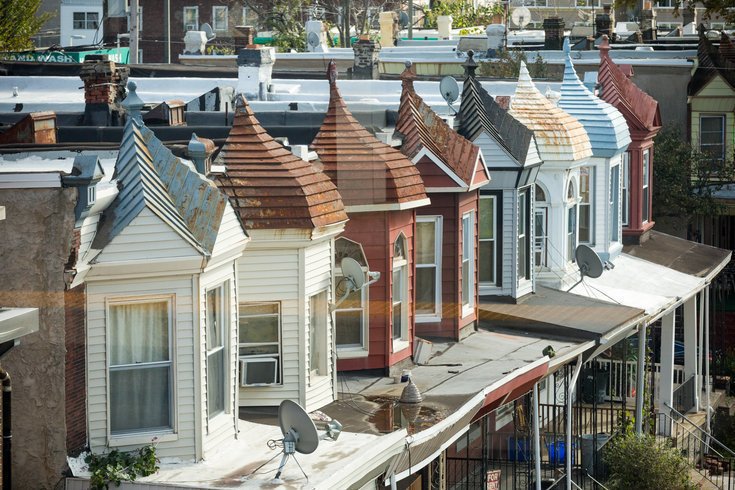 Investors are ramping up home purchases in Philadelphia, despite slowing down in every other major U.S. metro. While the investment has led to improvements in the city's aging housing stock, some worry that it will crowd out potential homebuyers – particularly working-class people of color.

The percentage of homes in Philadelphia that were bought by real estate investors last quarter dwarfs the rates seen in the rest of the nation's major metro areas.

While some are happy to see investment in the city's aging housing stock, there are concerns it could fuel gentrification and crowd out potential working-class home buyers.

"I don't think anybody really understands the full picture," said Ira Goldstein, the president of policy at the Reinvestment Fund, a community development organization.

"On the one hand, investors … are taking properties that may not be maintained all that well and putting them back into service," he said. "They may also be serving the purpose of removing ownership from what could have been a modest, Black owner-occupied population."

The 1,898 Philadelphia homes investors purchased in the first three months of this year represent a 55% increase quarter over quarter and a 116% increase year over year, according to a study from the real estate website Redfin. Investors are defined as "any institution or business that purchases residential real estate." Virginia Beach, the runner-up, only saw a 68% year over year increase.

With home prices and interest rates continuing to rise, the number of potential good investments in most major metro areas has decreased, Goldstein said. Rents have not risen enough in most places to account for the additional costs investors are now facing.

Philadelphia has been an affordable area compared with nearby metros, like New York City and Washington, D.C. The city still has a relatively large stock of homes in the $200,000 range, which is a good value for many investors.

The trend is particularly intense in dense, traditionally working-class, Black neighborhoods in North and West Philadelphia.

"What you're seeing is a bigger intrusion into the minority market," Goldstein said. He added that about half of all residential real estate transactions in Philadelphia have involved an investor in recent years, which is higher than the national average.

About two-thirds of transactions in Black neighborhoods involve investors, compared to about 35% in sections of the city with more white residents.

Redfin's ZIP code-specific data shows the trend has continued into 2022, even if it's not quite as strong.

This is partly because the condition of the houses in these neighborhoods are at a sweet spot for investors, Goldstein said. Due to deferred maintenance, these homes are relatively affordable, but they haven't been left to rot to a degree where renovations would be prohibitively expensive.

The trend is also "a manifestation of an inability of capital to flow into some of these (minority) markets," Goldstein said.

Investment firms and wealthy individual speculators can borrow money easily and can often pay for a home upfront in cash, which is what most real estate agents prefer.

Potential homebuyers, particularly working-class people with roots in these neighborhoods, do not have such easy access to capital. This is a generations-long issue which can be traced back to redlining and other discriminatory housing practices.

Even if a first-time homebuyer in Philly with a modest income can get a mortgage, they're often priced out by investors.

Goldstein said an upside is that there's a new crop of recently-renovated rentals in these neighborhoods. It's even better if landlords act "conscionably" and offer rents that are accessible for a neighborhood's long-term residents.

Still, these renovated apartments can also attract newcomers, which fuels gentrification. Even if a neighborhood's long standing residents aren't pushed out, Goldstein says their chances of buying a home diminish, which is a problem.

"Home ownership remains the one vehicle by which modest income people can really start to develop wealth and effectuate an intergenerational transfer of wealth," he said.

Goldstein believes that this is a public policy question, as well. Many politicians in Philadelphia agree.

Promoting and protecting homeownership among Philly's existing working-class residents has been a hot topic in the City Council recently.

The new budget includes an expansion of the homestead exemption, which is meant to soften the increase in property taxes brought by last year's reassessments. Now, residents can write off as much as $80,000 instead of the previous $45,000.

The body also established the Philadelphia Public Financial Authority earlier this year. The agency can underwrite small business loans to entrepreneurs from communities with limited access to credit, which would make it easier for people to borrow money from traditional lenders.

While the program is more focused on small businesses than homeownership, an entrepreneur could potentially use their loan to purchase properties and become a landlord.