The break occurred on a 20-inch pipe near the corner of N. 4th and Berks streets in Norris Square 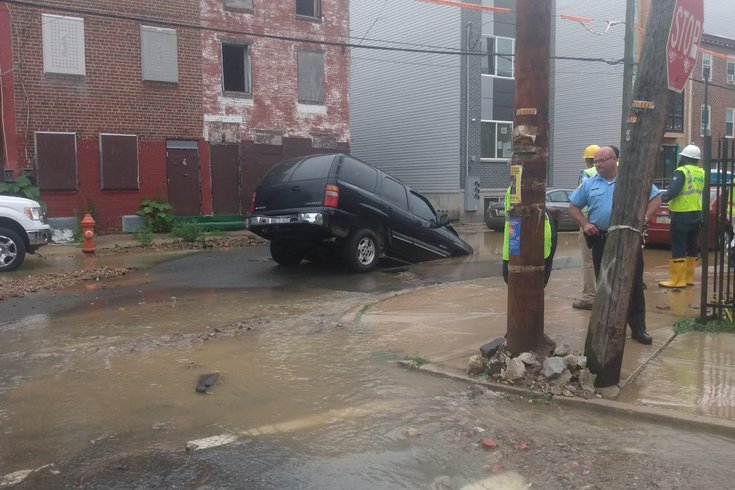 A water main break that caused flooding in Norris Square on Thursday morning was shut off by emergency crews around 9:30. The break occurred at the corner of N. Berks and 4th streets around 6:45.

A large water main break that caused flooding in Norris Square on Thursday morning was shut off by emergency crews from the Philadelphia Water Department, city spokesperson Laura Copeland said.

The break occurred near the corner of N. 4th and Berks streets and officials were notified around 6:45, the department said in a tweet. Crews determined that a 20-inch pipe that runs under the intersection broke and were able to shut it off around 9:30.

A section of 4th Street near the intersection of Hewson buckled under a Chevy Tahoe, as a motorist attempted to drive through the floodwaters. The vehicle was stranded for several hours.

While a spokesperson for the department told Fox29 there have been no impacts to water supply or pressure, they noted that the basements of some homes near the break did flood.

Breaks like this have happened before in Philadelphia, due to some of the city's fragile, sub-surface infrastructure.

In February, lawmakers asked Gov. Tom Wolf to declare a state of emergency after a 48-inch water main break caused major damage in Kingsessing. The pipe that broke was more than a century old.

Queen Village also experienced a flood when a 130-year-old main broke in July 2021. Some streets in the neighborhood remained torn up and blocked off eight months after the incident.