Iverson debuted the sneakers during his first year in Philadelphia, and they made waves immediately 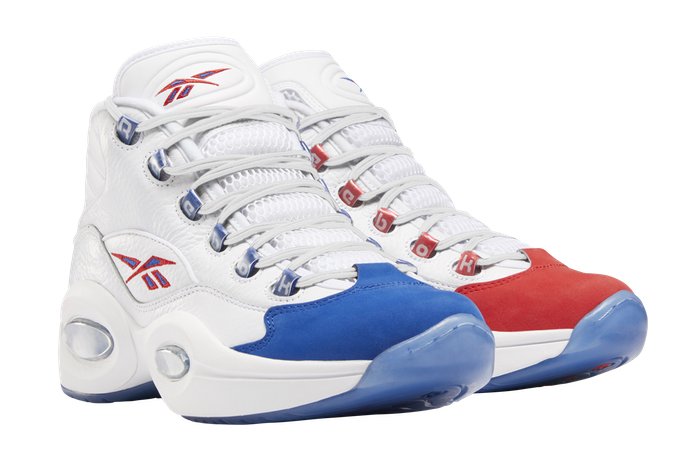 Allen Iverson is a basketball icon for a number of reasons. He put the point guard on center stage, he brought attitude every single night, and he was extremely good at basketball. He also had a distinctive fashion sense, which he brought from his rookie season in 1996-97.

Those looking to recapture some of the magic from Iverson's first few years in the league will be excited to know that Reebok is re-releasing its Reebok Question Mid Double Cross sneakers, the first signature Iverson shoe, which he wore throughout his rookie year.

Considered Iverson's "most popular and recognizable signature shoe" by more than a few sneaker heads, the shoes will be available at two New York City locations starting Friday, Oct. 11: a Foot Locker in Washington Heights, and Champs Sports in Times Square.

The shoes are also receiving an exclusive Philly release Friday at the brick-and-mortar UBIQ store on Walnut Street.

Luckily for sneaker lovers everywhere, the shoes will be released worldwide on Oct. 23.

I'm not into sneakers the way some people are, but these sure are some shoes. They're kind of fun in that throwback-90s way, in a time when chunky 90s shoes are inexplicably being reborn.

But Iverson could make anything, including those dumb black jerseys, look cool, and these shoes are no exception.