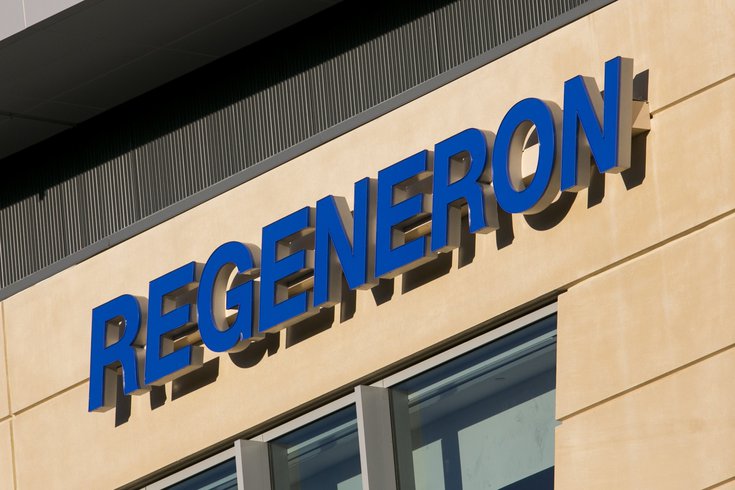 Regeneron has also released data on a second Phase 3 trial that included 204 people with asymptomatic COVID-19. One injection of the drug reduced the risk of a worsening progression of the disease by 31%.

Regeneron Pharmaceuticals released data on Monday that shows a single injection of its antibody cocktail can prevent people exposed to the coronavirus from developing COVID-19.

With that data in hand, the drug company will seek expansion of the U.S. Food and Drug Administration emergency use authorization for the antibody cocktail. Right now it is approved to treat mild and moderate COVID-19 disease in those already infected.

"Despite standard precautions to reduce transmission, nearly 10% of unvaccinated individuals living with an infected person developed symptomatic infections if they did not receive REGEN-COV," Myron Cohen, director of the Institute for Global Health and Infectious Diseases at the University of North Carolina at Chapel Hill, said.

"If authorized, convenient subcutaneous administration of REGEN-COV could help control outbreaks in high-risk settings where individuals have not yet been vaccinated, including individual households and group-living settings."

Monoclonal antibodies are laboratory-made proteins that duplicate the immune system’s ability to fight off viruses. Casirivimab and imdevimab are specifically directed against the spike protein of COVID-19 to block the virus’ attachment and entry into cells.

The trial included 1,505 people who lived in the same household as someone who had tested positive for the coronavirus in the past four days, but had not yet been infected themselves. Participants were either given one dose of the drug or a placebo via an injection.

The study participants who became infected, despite receiving the antibody cocktail, did have milder infections compared with those who fell ill after receiving a placebo. Symptoms resolved within a week instead of lasting three weeks.

Trial data has yet to be peer reviewed or published. The researchers reported adverse events in 20% of the study participants who received the drug and 29% of those given the placebo.

Four of the patients in the placebo group were hospitalized or treated in the Emergency Department. The four deaths that occurred during the trial, two in each arm of the trial, were unrelated to COVID-19 or the drug, the researchers noted.

Regeneron has also released data on a second Phase 3 trial that included 204 people with asymptomatic COVID-19. One injection of the drug reduced the risk of a worsening progression of the disease by 31%. The risk was reduced by 76% three days after the injection.

The antibody cocktail appears to be effective against coronavirus variants as well, the company added.