Both of the monoclonal antibodies used in the therapy retained full potency against the U.K. variant; one of them held up against the South African variant 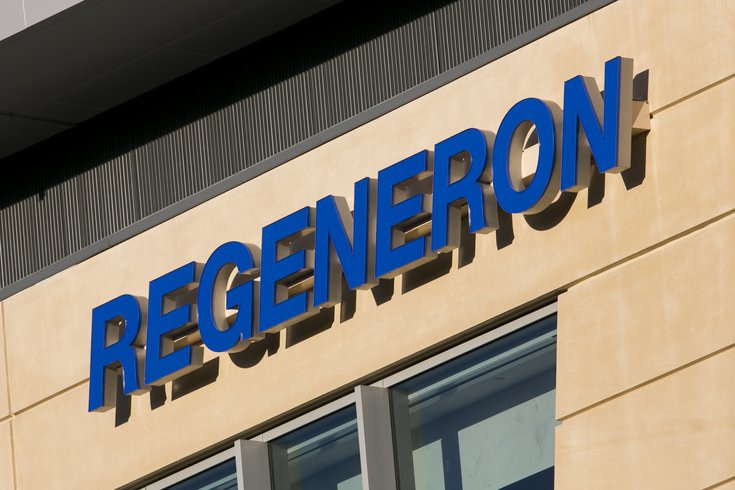 'With two complimentary antibodies in one therapeutic, even if one has reduced potency, the risk of the cocktail losing efficacy is significantly diminished,' says Dr. George D. Yancopoulous, Regeneron's president and chief scientific officer.

Regeneron's COVID-19 antibody cocktail — a treatment given to high-risk patients shortly after they test positive — can successfully neutralize the coronavirus variants first identified in the United Kingdom and South Africa.

Regeneron's antibody cocktail combines the monoclonal antibodies casirivimab and imdevimab. They are administered together through an IV. The therapy, which was used to treat President Donald Trump last fall, was authorized by the U.S. Food and Drug Administration in November.

The research teams not only tested the antibodies used in Regeneron's cocktail against various variants of the virus, but also antibody therapies still in development.

"With two complimentary antibodies in one therapeutic, even if one has reduced potency, the risk of the cocktail losing efficacy is significantly diminished, since the virus would need to mutate in multiple distinct locations to evade both antibodies."

Scientists also have begun preclinical research on the variant first identified in Brazil. They expect test results to be similar to those from the South African variant because it contains the same receptor binding domain mutations.

They tested convalescent plasma from 20 patients who recovered from COVID-19 and blood from 22 people who received two doses of a COVID-19 vaccines.

The mutations in the South African variant reduced the effectiveness of the immune response in the convalescent plasma, in both vaccines, Lilly's antibody therapy and one of Regeneron's antibodies. The findings confirmed what previous reports had shown.

The findings from Columbia University were posted to bioRxix and have been submitted for peer-reviewed publication.

"Mutationally, this virus is traveling in a direction that could ultimately lead to escape from our current therapeutic and prophylactic interventions directed to the viral spike," Ho and his team wrote, emphasizing the need for accelerating vaccine rollout and doubling down on mitigation measures.

"If the rampant spread of the virus continues and more critical mutations accumulate, then we may be condemned to chasing after the evolving SARS-CoV-2 continually, as we have long done for influenza virus."