The percentage of high school students who eat enough fruits and veggies is minuscule. Here are some ways parents can incorporate them into their kids' diets 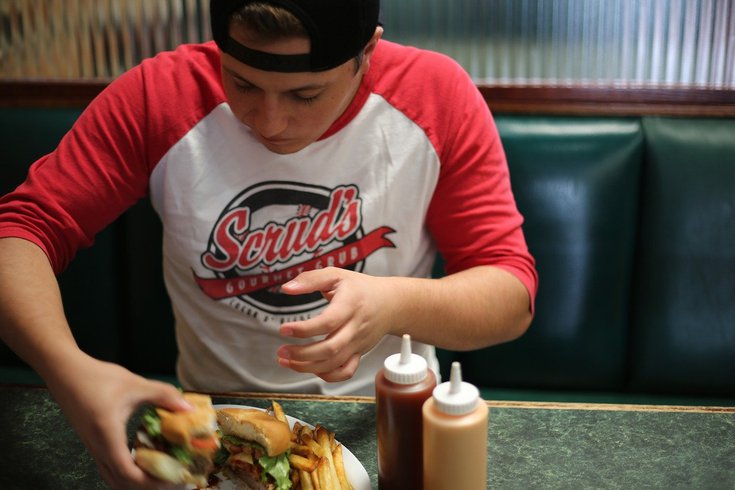 The high availability of inexpensive, unhealthy food options as well as limited availability in the home could be factors in why teens aren't getting enough vegetables in their diet.

It's no surprise that most American teenagers do not eat enough fruits and vegetables. But the percentages are paltry.

A U.S. Centers for Disease Control and Prevention report released last week shows only 2% of high school students consumed the recommended amount of veggies in 2017. That figure was identical to the mark recorded in 2013, the last time the CDC conducted a national survey.

Fruit consumption was only marginally better, with 7.11% of students meeting fruit intake recommendations in 2017. But that was down from 8.5% in 2013.

"The findings aren't necessarily surprising, but they are discouraging," Marlene Schwartz, director of the Rudd Center for Food Policy and Obesity at the University of Connecticut, told U.S. News & World Report.

Schwartz, who wasn't involved in the study, said that there have been policy efforts to make fresh produce more accessible to low-income Americans through the Supplemental Nutrition Assistance Program and the Women, Infants and Children program.

The National School Lunch Program also has rules about providing enough fruits and vegetables, but the CDC says only 39% of high school students participate in lunch programs – the others instead bring their own lunches or go off-campus to eat.

"Efforts to expand the reach of existing school and community programs as well as identify new strategies, such as social media approaches, might be needed to increase fruit and vegetable consumption among adolescents," the CDC wrote in the report.

A healthy diet, A healthy teen

A healthy diet in adolescence is important for healthy growth and development, and it also instills healthy habits for later in life.

According to the 2020-2025 Dietary Guidelines for Americans, fruits and vegetables help reduce the risk of diet-related chronic diseases, such as cardiovascular disease, type 2 diabetes, some cancers and obesity.

The CDC report analyzed data from 13,000 high school students who responded to the 2017 national and state Youth Risk Behavior Surveys. Students completed the anonymous, self-administered questionnaires during one class period. The overall response rate in 2017 was 60%.

The CDC found that a higher percentage of males were eating more fruit. Data also showed that more Black and Hispanic students were getting the recommended fruit intake compared with white teens.

Teens also are at an age where they eat out with their friends. They are more likely to consume soft drinks, fast-food or processed foods.

Considering the current pandemic, these percentages would probably not be much higher in the past year, nutrition experts say. More people are battling an increased desire for comfort food as well as the economic challenges of keeping a well-stocked kitchen.

Despite these challenges, nutrition experts say there are ways to get teens to eat healthier. Here are some of them tips experts offered to The New York Times, Johns Hopkins Medicine and U.S. News & World Report:

• Frozen vegetables can be a good alternative to fresh veggies when people have to stick to a tight budget.

• Try buying fruit and vegetables in bulk when possible. Often times that offers more bang for the buck.

• Get teens involved in planning meals so they take an interest in what they eat. Teach them about what constitutes a healthy diet and why it is important.

• Always have fresh fruit and veggies available for teens to snack on, and find creative ways to incorporate more of them into their meals, such as adding fruit to cereal or vegetables to their eggs or sandwiches.

• Experiment with ways to make vegetables tastier with seasoning or grilling techniques.

"Teens tend to be hungry and are often scavenging for food around the kitchen and pantry," Dr. Natalie D. Muth, a pediatrician and nutritionist in Carlasbad, California told The New York Times.

"If the fruits and vegetables are easy to access, they might choose to snack on them. This especially works if there aren't a lot of other processed snacks easily available."