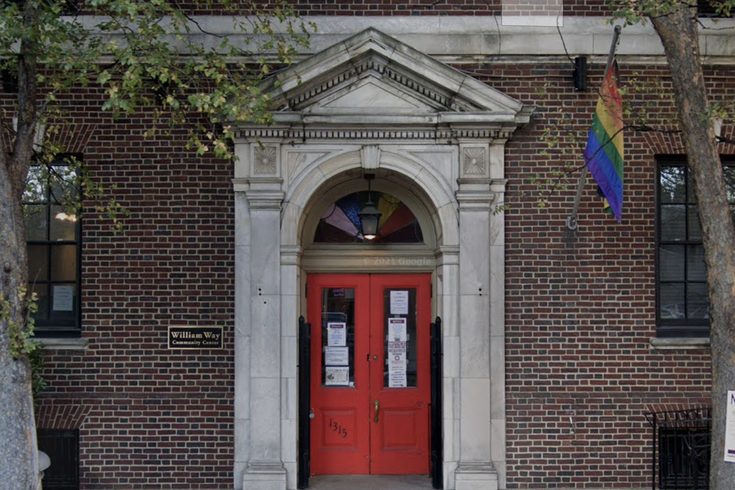 'Gone and For Ever,' a public exhibit and 'going away' memorial ceremony, will commemorate the lives of those who died during the HIV/AIDS crisis in Philadelphia. The exhibit will be available to view from June 21-25, and the ceremonial march will be held on Saturday, June 25.

A public exhibition and memorial ceremony will commemorate the lives of those who died during the early days of the AIDS crisis in Philadelphia, as the William Way LGBT Community Center wraps up its "Remembrance" project later this month.

"Gone and For Ever" is a public memorial that will be on display at the Center beginning on Tuesday, June 21 through Saturday, June 25. Designed by artist Alex Stadler, the exhibit is meant to provide a proper memorial to Philadelphians at risk of being forgotten to history.

On June 25, Stadler will lead a memorial procession and march through the city of Philadelphia as part of the exhibit. The march will begin at the Center and end at The Church of St. Luke & The Epiphany. The exhibit will be open to the public this week, and those who want to learn more about the "Remembrance" project and the early HIV/AIDS crisis in Philadelphia are encouraged to visit.

"I think of 'Gone and For Ever' as a small repair to the social fabric of the past," said Stadler. "Although this project was conceived pre-COVID, the current pandemic underscores the need for compassion when a society is confronting widespread illness, including the continuing impact of AIDS."

In September, 1981, Philadelphia documented its first case of what became known as HIV/AIDS. In the years and decades that followed, thousands of Philadelphians died from the virus, which continues to impact communities in Philadelphia, the country and throughout the world.

The William Way LGBT Community Center began its "Remembrance" project as an alternative, multi-disciplinary memorial to Philadelphians who died or were impacted by the AIDS crisis.

"It may be hard for some to remember, but there was a time in our city when a gay man who died of AIDS couldn't even be put to rest with dignity," said Chris Bartlett, executive director of the William Way Center, when "Remembrance" was officially launched in May. "Remembrance is inspired by the story of a South Philadelphia funeral homeowner, Ron Pirelli. It was because of Ron's bravery during the early days of the AIDS crisis that Philadelphians who died of AIDS could receive a loving and caring funeral at a time when the overwhelming majority of funeral homes rejected AIDS deaths. It is truly fitting we honor his courage, and their lives, by finally giving the recognition on a citywide scale that they deserve."

Following the listening sessions — which concluded in December 2021 — the William Way Center hosted performances of "These Don't Easily Scatter," a play written by Ain Gordon as part of the Remembrance project. The play ran from May 20-22, featuring archival materials and resources from the listening sessions.

Stadler told Philadelphia Gay News that he decided to create "Gone and For Ever" as an initial way for the LGBTQ+ community in Philadelphia to grieve the lives of those who died during the early years of the AIDS crisis, and absorb the facts about that time in history. He wants the memorial and the exhibit to be a celebration of life.

Urns will hold ashes made from pieces of paper burned with the names of people who died from HIV/AIDS in the city. Those who want their loved one's name included in the memorial can reach out to Stadler on Instagram ahead of the ceremony.

"AIDS is a very sorrowful disease, which is why I've always thought that no one should be turned away," said Ron Piselli, director of The Funeral Chapel in Philadelphia. "People with AIDS, their deaths, their funerals, and the reactions of their family and friends, are an important part of our city's history, and can lead us to learn from so much loss, and how to fight for no one to be forgotten."

After the "going away" memorial ceremony on June 25, the "Remembrance" project will be released online in time for World AIDS Day on Dec. 1. The online database will include information from the Center's Philadelphia AIDS Oral History Project, Shabazz-El's community sessions and additional archival materials.