Report: Eagles to lose Ron Brooks for the season 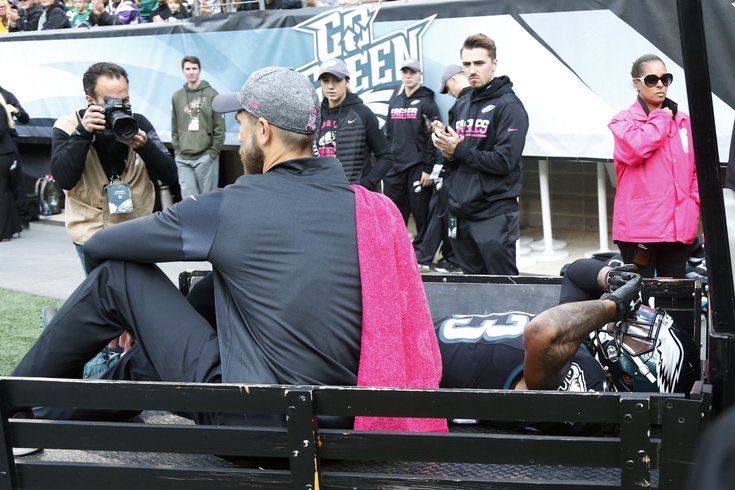 The Eagles' will reportedly lose CB Ron Brooks for the season.

According to Les Bowen of the Philadelphia Daily News, the Philadelphia Eagles have lost slot cornerback Ron Brooks for the season with a quadriceps tear suffered in Philadelphia's win over the Minnesota Vikings, when he was driven off the field on a cart.

I understand #Eagles' Ron Brooks actually ruptured a quad tendon, which does not sound like fun.

That's a season-ender for Ron Brooks, who probably won't be 100 percent until training camp 2017.

As a player, Brooks isn't exactly a world-beater, as he doesn't have a single interception, sack, or forced fumble over his five-year NFL career, however, his loss will further deplete an already paper-thin group at cornerback.

The remaining corners left on the roster are starters Leodis McKelvin and Nolan Carroll, along with backups Jalen Mills and C.J. Smith, who the team signed to its 53-man roster 11 days ago. McKelvin has been hampered all season with a hamstring injury, and appeared on the injury report this past week as questionable.

In September, the team traded Eric Rowe, the team's 2015 second-round pick, to the New England Patriots for a conditional fourth-round pick in the 2018 NFL Draft that can become a third-round pick if Rowe plays in 50 percent of the Patriots' snaps either in 2016 or 2017.

The Eagles do have players other than the above corners listed who can assume Brooks' role in the slot. After Brooks went down with his injury Sunday, safety Malcolm Jenkins dropped down into the slot in nickel packages, with Jaylen Watkins coming off the bench to play safety.