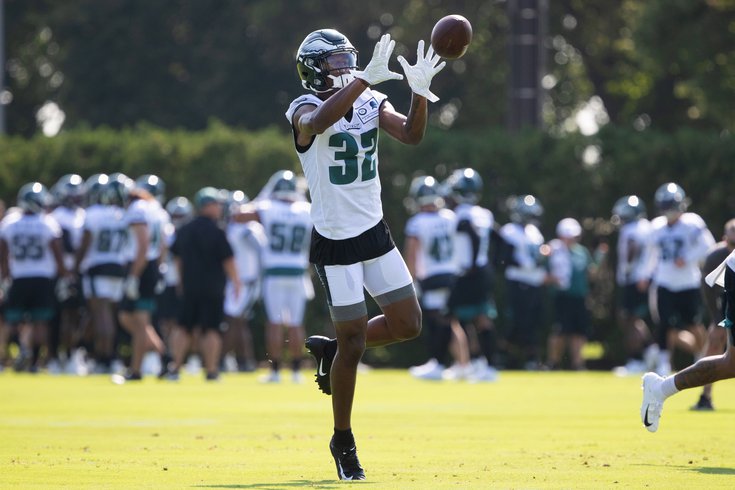 Rasul Douglas has some appealing traits, but his fatal flaw is a lack of speed.

In the wake of adding former Lions CB Darius Slay via trade, the Philadelphia Eagles are "shopping" Rasul Douglas, according to a report from Mike Florio of ProFootballTalk.

At various times throughout the offseason, and as recently as Saturday morning, we've noted that the Eagles were likely to try to deal Douglas, Sidney Jones, or maybe even both players. Florio's report confirms the obvious here.

Douglas was a third-round pick of the Eagles in the 2017 draft, and including the playoffs, he has played in 52 games, with 20 starts. In his first two seasons in the league in 2017 and 2018, Douglas was a replacement outside corner whenever the the Eagles' oft-injured starting corners were unable to go. He played reasonably well enough in that role, and even produced a few big plays along the way, intercepting 5 passes.

In 2019, however, Douglas' lack of long speed got exposed repeatedly, as he proved that he could not keep pace with the NFL's faster receivers. According to pro-football-reference.com, Douglas gave up 6 TDs, and allowed a passer rating of 115.3, as well as a woeful 9.1 yards per target whenever he was targeted.

In the Eagles' playoff loss to the Seahawks, neither Douglas nor Jones saw a single snap in the regular defense. Instead, the Eagles opted for a lineup of Jalen Mills, Avonte Maddox, and Cre'Von LeBlanc. In theory, the 6'2, 209-pound Douglas should have been a logical matchup against the 6'4, 229-pound DK Metcalf, but Jim Schwartz and his defensive staff obviously felt more comfortable just rolling with the 5'9, 184-Maddox instead.

Douglas does have some positive traits. He has good size, good ball skills, and has proven to be a very good tackler. As such, many have suggested that perhaps a transition to safety would make some sense. The Eagles never saw it that way, likely because Douglas is a bad fit for the slot, and probably not fast enough to roam sideline to sideline in single-high coverages. He would have been appealing to teams who ran Tampa-2 schemes back in the day, but in today's NFL, finding a role where a player like Douglas can flourish could be challenging.

Should the Eagles be unable to trade Douglas, there's a decent chance they'll just release him, as his cap hit, after playing time bonuses, will be $2,309,572. They would save $2,133,000 of that if they simply moved on.

The bet here is that Douglas has already played his last game as an Eagle.