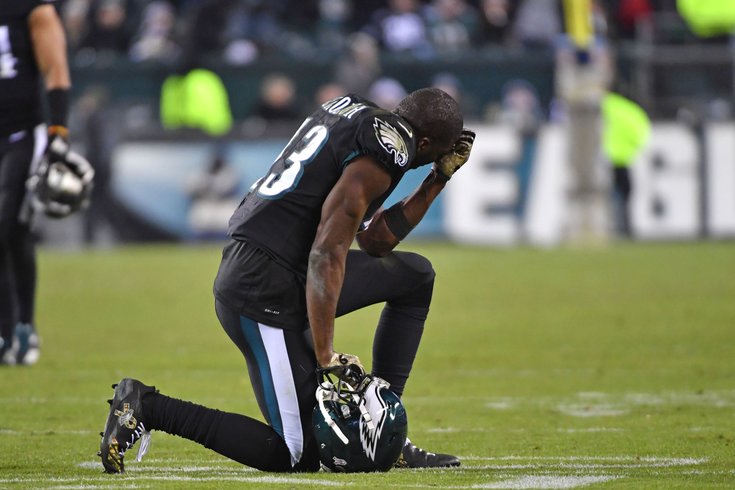 Agholor looked like sure-fire bust his first two seasons in the NFL, after the Eagles selected him in the first round of the 2015 NFL Draft. However, in 2017, moving into a role as a slot receiver, he gained some confidence and became a key contributor on the Eagles' Super Bowl-winning team.

In 2018, he took a small step back, as he was a reasonably reliable receiver, but with a down-tick in big plays. And finally, Agholor's roller coaster ride of an Eagles career hit a low point in 2019, when he failed to capitalize on several high-leverage moments in winnable games, most infamously against the Falcons Week 2, which made him become a "meme" of sorts locally.

Agholor still has talent, but his confidence issues were probably too much to overcome in Philadelphia, and moving on was an easy decision for the Eagles. In our stay or go series, 96.35 percent of our readers voted that Agholor should "go."

We'll see if he can regain his 2017 form in a new environment.