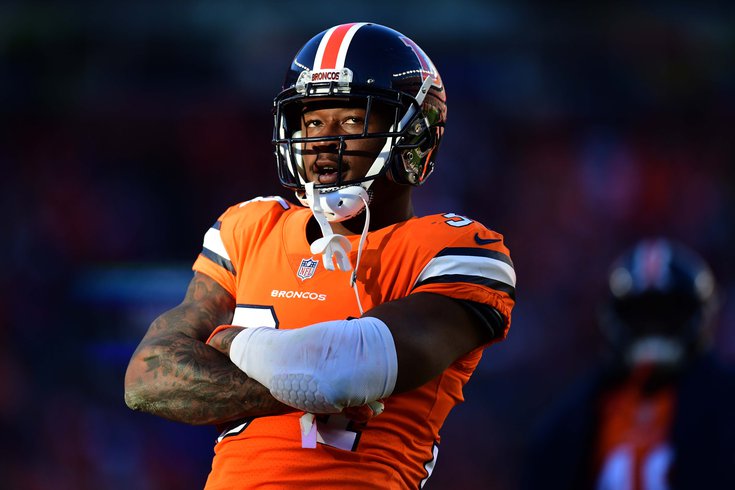 Will Parks will head home to Philly to join his hometown Eagles.

The Philadelphia Eagles have added some secondary depth, as they have signed safety/cornerback (and Philly guy) Will Parks away from the Denver Broncos, according to Adam Schefter of ESPN.

Former Broncos’ safety Will Parks reached agreement on a one-year deal with the Philadelphia Eagles, per source.

Eagles needed another safety having lost Malcolm Jenkins to the Saints and land the former Bronco. Parks left other deals on table for Eagles’ opportunity.

While Parks' agent was kind enough to tell Schefter that Parks may have left other deals on the table to sign with the now Malcolm Jenkins-less Eagles, you can probably pencil in Parks as the No. 3 safety, as the Eagles were quicker to get deals done with Rodney McLeod and Jalen Mills, who will be moving to safety.

Mike Kaye has the money details:

I was told CB/S Will Parks turned down more money elsewhere to come home and play for the #Eagles. He felt this was the best opportunity for him.

He received $1 million in guaranteed cash, $375K in signing bonus on a $1.6 million deal, per league source.

As you all know by now, Jim Schwartz likes his safeties to have some experience at corner, and Parks fits that bill.