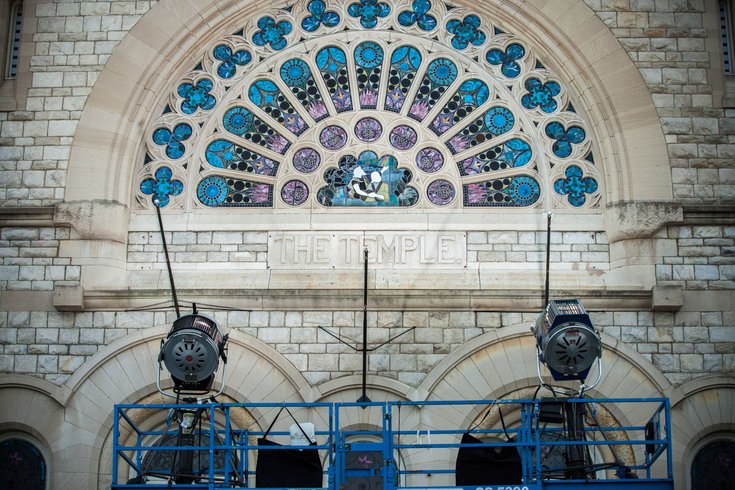 The Temple University Performing Arts Center, being prepped for a Jan. 29 fight scene for 'Creed.'

Read More
Score one round for Temple University.

A voluminous wraparound crowd of extras -- 636 extras, to be exact -- was spotted inside the Liacouras Center Thursday morning in anticipation of a fight scene to be filmed for the movie "Creed" inside the Music Hall of the Temple University Performing Arts Center Thursday afternoon.

"It's pretty exciting. I'm stoked to be part of the Rocky film franchise," Amanda Lynch, an extra for the film and a South Jersey-based Thespionage Theatre Company casting director, told PhillyVoice.com. "Especially since it's such a 'Philly' thing."

She said she was told the shoot will last about 12 hours and was told to wear casual, "sexy sportswear" that would be worn to an indoor winter sporting event. (Like, you know, a boxing match.) 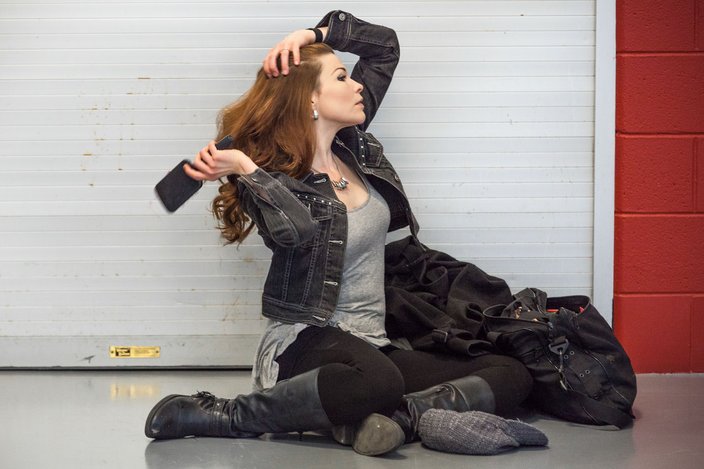 Lancaster, Pa. actress Sarah Timm takes a brush to her hair as she prepares to be an extra in today's 'Creed' scene. / Thom Carroll, staff photographer for PhillyVoice.com

"It's supposed to be a major scene," Sarah Timm, an actress from Lancaster, Pennsylvania, told PhillyVoice.com. (She said she did an extra gig for "Birdman" in New York last year for $100; "Creed" will pay her, but she doesn't know how much.)

Judging by the expansive lineup of suitcases being lugged around, the crowd was loaded with having-a-go-at-it, dolled-up actors from across the region. There were also ring girls and referees spotted doing laps around the Liacouras Center.

According to a crew sheet obtained by PhillyVoice.com, this is Day 4 of 45 for filming. The scene will go as follows, as described by the sheet:

Adonis fights Leo -- Round One

Rocky and Adonis talk after Round One

Adonis versus Leo -- Round Two TKO

Bianca Jumps out of her seat and into the ring

Bianca settles into her seat

By the description, it looks as if Temple will get a shoutout in the film. The fight scene, said a member of the production company who asked to be unnamed, will be between Adonis Johnson (Michael B. Jordan), and local, 29-year-old light middleweight champion boxer Gabriel "Gabe" Rosado (played by Leo Sporino). Sylvester Stallone will be present for filming. 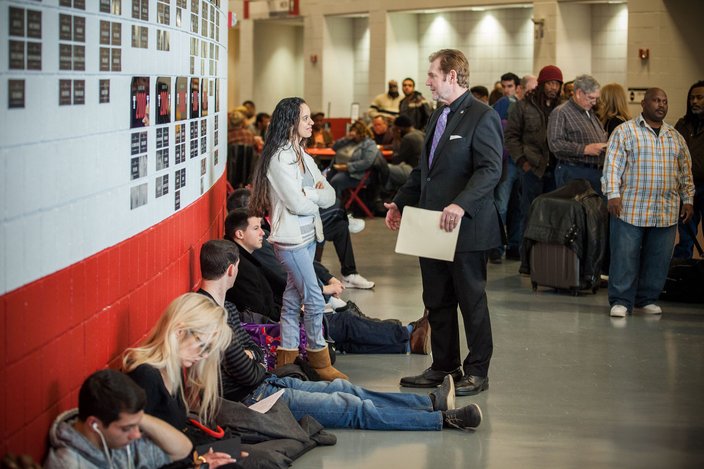 The next two days of filming will, according to the sheet, take place at the Italian Market in South Philadelphia and "Mickey's Gym" in North Philadelphia.

"Creed," the sixth film in the Rocky Balboa franchise, is slated for a 2016 release.