The collaboration is a letter to friend and rapper Nipsey Hussle, who died in 2019 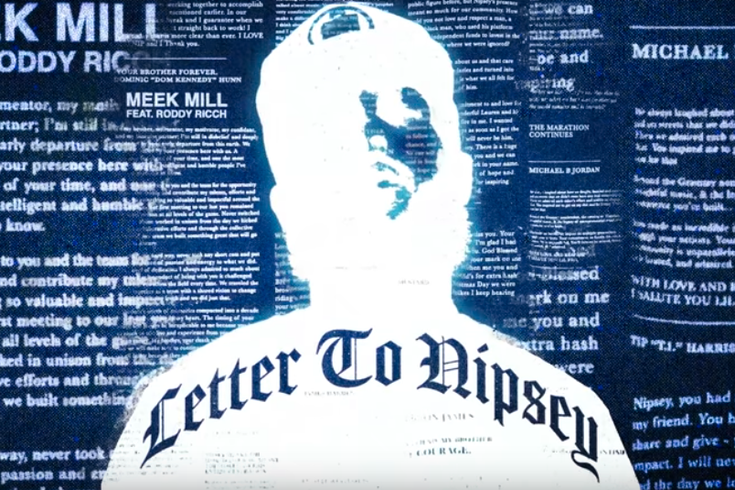 'Letter to Nipsey,' released this week, is a tribute to slain L.A. rapper Nipsey Hussle by his friend Meek Mill and Roddy Ricch, a fellow Angeleno

"Letter to Nipsey," is another tribute to the L.A. rapper who was shot last year in his home city. Meek Mill was a friend, and Roddy Ricch is a fellow Angeleno whose song "The Box" has been sitting at the top of the charts for the last three weeks.

"Letter to Nipsey" follows the duo's Grammy tribute this week, where Mill and Ricch performed a celebration of the musician along with John Legend, DJ Khaled, and others.

Meek Mill and Legend led the performance, which was set in front of a huge crowd of dancers wearing Eritrean clothing, a nod to Hussle's family's roots in the northeastern African country. Some have noticed the white outfits and style of the performance also were reminiscent of the tribute for Biggie in 1997.

Nipsey's song "Racks in the Middle," which features Roddy Ricch, won a posthumous Grammy that night for Best Rap Performance, which his family and spouse accepted on the rapper's behalf.

Meek Mill and Roddy Ricch premiered "Letter" Monday. The track which you can listen to below exposes Meek Mill's experience with grieving his friend.