Pennsylvania artists Diplo, Lil Dicky, and The Districts also will be performing; tickets start at $299 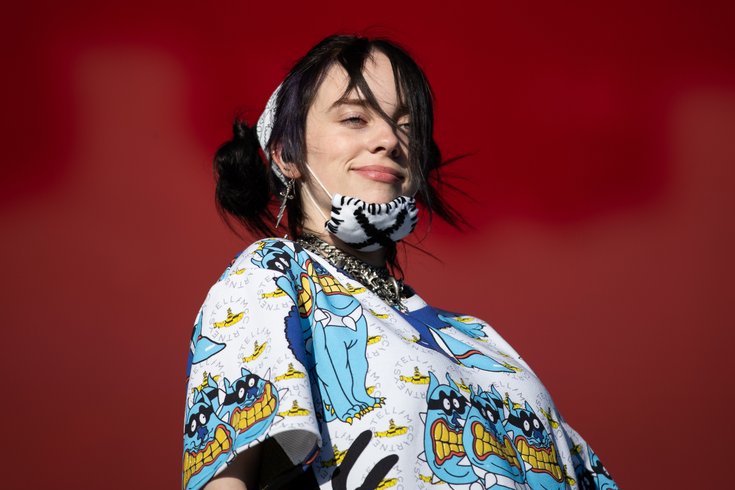 Billie Eilish, Rage Against the Machine, and Halsey will be the top headliners at the 2020 Firefly Music Festival, the annual four-day music festival in Dover, Delaware.

Firefly will take place this summer from June 18-21, organizers announced on Tuesday. Other popular act performing will be Khalid, Blink-182, and Maggie Rogers.

The 105-acre festival grounds are located at The Woodlands on Dover's International Speedway, less than two hour drive from Philadelphia, making it an easy getaway option for Philly natives. In 2019, over 50,000 people attended the music festival, which allows concert-goers to camp on the concert grounds.

DJ Diplo, who got his start in Philly while making music as a student at Temple University also will be performing, along with Rapper Lil Dicky, from Cheltenham, Montgomery County.

Overall, the genre of performers of Firefly festival ranges widely, and in addition to recent hit-makers like Lil Tecca, it also includes lesser-known but critically appreciated artists like Sudan Archives and The Districts, from Lancaster County.

Despite the prices, headliner Billie Eilish is sure to bring in a crowd. The singer known for her baggy clothes, care-free attitude, and famous producer brother, won four Grammys this weekend. She beat out fellow Firefly performer Maggie Rogers to win Best New Artist in addition to winning record, song, and album of the year.

Fireflyers, we’re going back to the Woodlands! ✨

Passes on sale 2/3 or grab them early by signing up for our presale. Payment plans are available. 🙌https://t.co/XYhroKRcdZ pic.twitter.com/UMKKWwWfjX