NPR is offering fans their first chance to hear to 'Likewise' 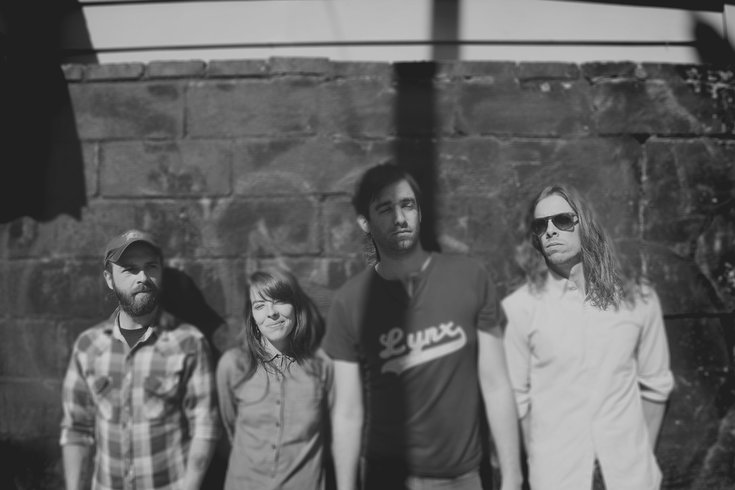 Philadelphia singer Frances Quinlan is releasing her first solo album since founding the band Hop Along in 2005. The album, "Likewise," is streaming ahead of its release on NPR.

Philadelphia musician Frances Quinlan's new solo album, "Likewise," can be streamed ahead of its official release via NPR.

The album, titled "Likewise," is the singer's first solo album since founding Hop Along in Philadelphia back in 2005. It is set to be released Friday by the label Saddle Creek, but now can be heard here.

Quinlan started Hop Along as a "freak folk" project during her senior year of high school, but it quickly grew into a group project with bandmates Mark Quinlan (her brother), Tyler Long and Joe Reinhart.

And although Quinlan usually serves as the songwriter for the indie band, she told NPR that collaborating on songs with bandmates changed them quite a bit, and that she "missed the initial spark of things."

Quinlan is taking things in a more independent direction with her solo album, even making the album's entire artwork.

Hop Along members have added a helping hand to "Likewise," appearing on several songs. And the album was produced wit the help of Reinhart.

Quinlan released the singles "Your Reply," "Now that I'm Back" and "Rare Thing" last month. They are now available on Spotify. "Your Reply" received attention for Quinlan's experimentation with new sounds and a bend toward a softer, more folk-pop sound.

"Likewise" at times seems like a far cry from Hop Along's whining electric guitars and pounding drums, which rumble behind Quinlan's powerfully-loud singing on hits like "Tibetan Pop Stars" and "The Knock." But it feels closer to the band's 2018 album release, "Bark Your Head Off, Dog," which experimented with softer sounds to Quinlan's new release.

The songs on "Likewise" are decidedly more stripped-down and focused on the power behind Quinlan's voice. They feature one or two subdued instruments, like acoustic guitars or keys.

Quinlan will also be playing at SXSW this Spring, with other notable Philly bands Lovelorn and Beach Slang.