The Laker great appeared on 'Live!' 15 times and made a beer run at a party with the 'Tonight Show' host 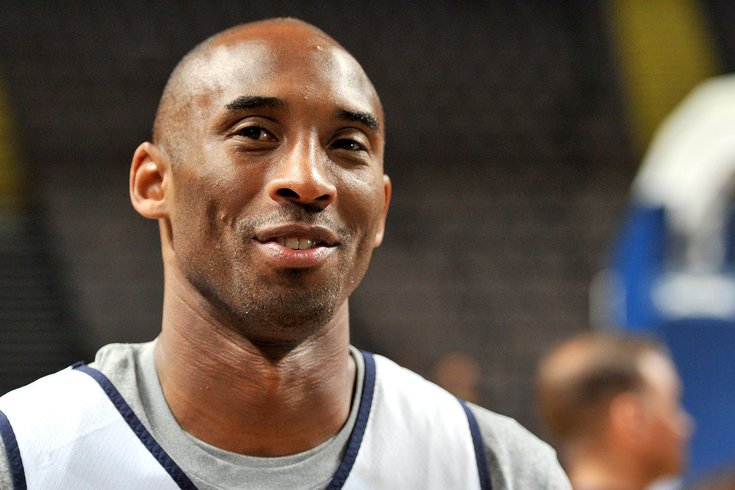 Kobe Bryant was eulogized by friends and late night show hosts Jimmy Kimmel and Jimmy Fallon on Monday night. Both shared personal and emotional stories about how they knew the NBA star from Lower Merion. Bryant was one of nine people killed in helicopter crash on Jan. 26, 2020.

Late night show hosts Jimmy Fallon and Jimmy Kimmel added to the outpouring of tributes to Kobe Bryant on Monday night, sharing the details of their personal encounters and relationships with the NBA star from Lower Merion.

Bryant, 41, his 13-year-old daughter, Gianna, and seven other people died in a helicopter crash Sunday in Calabasas, California.

"Kobe was such a life force. So strong and creative and that, in my head, I thought he was going to live forever," Fallon said, forgoing his customary monologue at the start of Monday's "The Tonight Show."

Instead Fallon stood with his back to the audience and told about the first time he met Bryant, then a 17-year-old rookie on the Lakers, at a party in Los Angeles when Fallon was 21 years old and getting started in the comedy business.

The two didn't know anyone at the party, so they started talking. Their friendship was solidified over making a run to get more beer for the party

Holding back tears, Fallon finished his story saying, “Kobe, when we meet again, we’re going on a beer run.”

Bryant had appeared on "Jimmy Kimmel Live!" 15 times, and Kimmel dedicated his entire show to the Laker legend. There was no studio audience or guests at the show Monday night. The host said “going forward with a comedy show didn’t feel right.”

Instead the program consisted of revisiting interviews he had done with Bryant over the years and sharing some personal stories.

"There's no silver lining here," Kimmel said, getting choked up during his opening monologue. "It’s all bad and it's all sad. He was a bright light and that’s how I want to remember him."

Kimmel’s most notable interviews with Bryant have recirculated on social media during the last 48 hours. In one interview Bryant talks about Gianna’s love for basketball, her quest to make it to the WNBA, and how she would react with people suggested Bryant and his wife Vanessa needed to have a boy in order to continue Bryant's basketball legacy.

Kobe talking about not needing sons because Gianna had carrying on the Mamba legacy covered on Jimmy Kimmel just wrecked my heart 💔😭 pic.twitter.com/bnp3evfHSC

In another, Kimmel shows a clip of Bryant’s Lakers’ teammates celebrating a win during the 2014-15 season, Kobe’s second-to-last in the NBA, when Los Angeles finished with the second-worst record in the Western Conference at 21-61 and Bryant was injured. Seeing his younger teammates celebrate the win like they had just won the NBA title, Bryant’s reaction was pure Kobe.