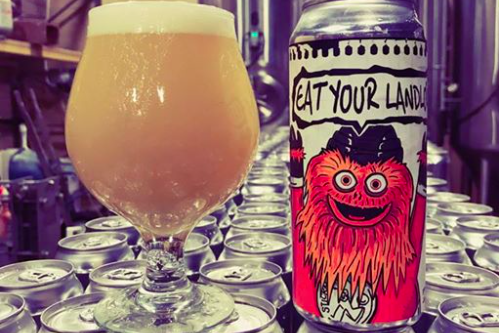 As the Philadelphia Flyers mount an improbable playoff push, fans can cheer them on with another special edition Gritty beer developed by Royersford's Stickman Brews.

This isn't the first time a local brewery has paid homage to Philadelphia's new mascot.

The Flyers and Penguins face off at 8 p.m. in South Philadelphia, with a first intermission performance by Keith Urban.

The "Eat Your Landlord" brew will debut the same day, selling at $16 for a four-pack at all three Stickman locations when they open at noon.