Debt stems from the filming of 'Fathers and Daughters' 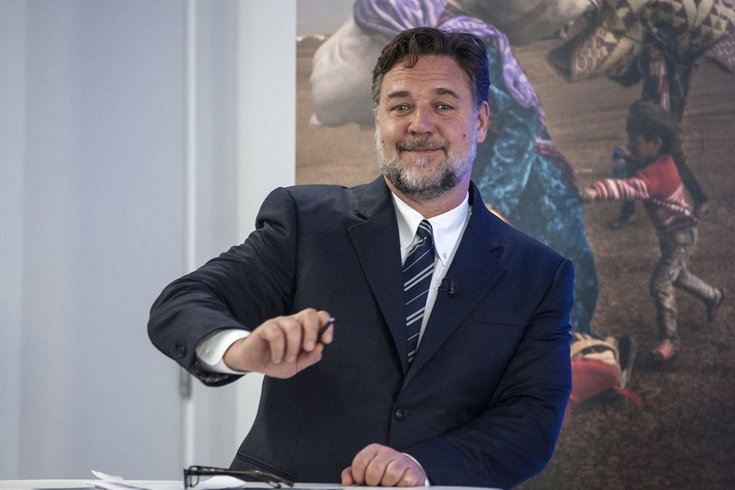 Pennsylvania officials are attempting to get the attention of actor Russell Crowe, who allegedly owes the state a bunch of income taxes.

The Pennsylvania Department of Revenue filed an application for judgment Tuesday in a Los Angeles court, claiming the Oscar Award winner owes $129,833.50, Variety reported. The debt is believed to stem from his time filming of the movie "Fathers and Daughters."

"Fathers and Daughters," which also stars Amanda Seyfried and Aaron Paul, was shot in the Pittsburgh area in 2014. The drama was released in 2016 and grossed more than $5 million in box office sales.

Though the filing does not specify the source of Crowe's debt, a tax lien filed in Cumberland County last year shows he owes more than $100,000 in state income taxes from 2014, Variety reported.

Pennsylvania has a flat income tax rate of 3%, suggesting the actor was paid more than $3 million for the time he spent filming in the state.

Pennsylvania offers moviemakers a 25% tax credit to films that spend at least 60% of their budgets in the state. "Fathers and Daughters" reportedly received a $5.66 million tax credit.

The incentive is offered through a program run by the Pennsylvania Film Office and aims to encourage movie production in the state.

Other recent films shot in Pennsylvania include "Southpaw," "Creed" and "Me, Earl, and the Dying Girl."