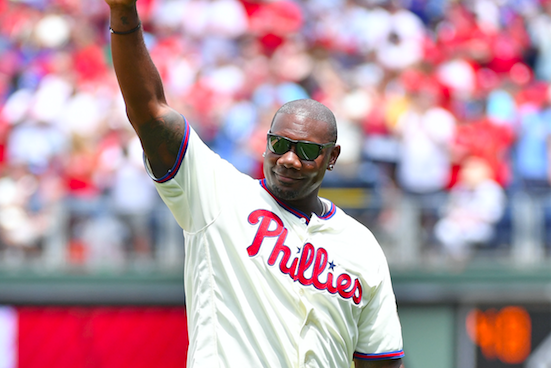 Phillies great Ryan Howard has placed his Center City condo on the market, listing it at $6.25 million. Howard previously sold his home in Blue Bell, Montgomery County in 2016.

The former MVP and World Series champion is looking to sell a luxury property on the 24th floor of 1706 Rittenhouse Square.

The condo includes four bedrooms, 3.5 bathrooms, two private balconies and large living and dining rooms, as seen in photos accompanying the listing. You can also watch a video tour here.

Amenities in the building include a spa, sauna, gym and landscaped garden with a koi pond.

Howard, 40, officially retired in September 2018 after spending his entire 13-season career with the Phillies. He finished his career with 382 home runs, 1,194 RBIs and a .258 batting average.

In June 2016, Howard sold his Blue Bell, Montgomery County home for $2.525 million. At the time, it was the highest sale in the area going back three years. He also sold a large oceanfront property in Florida last year for $16.5 million.