Saint Benjamin Brewing Co. is closing in May

The brewery and taproom sold its Kennsington building. There are no immediate plans to relocate 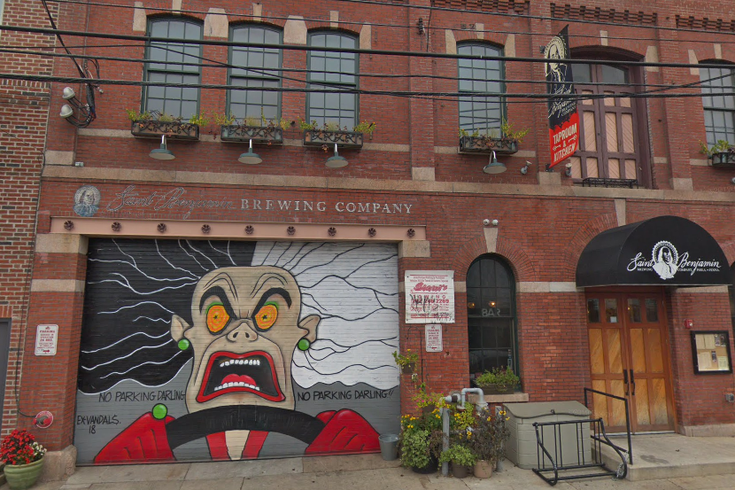 This screen capture shows the exterior of St. Benjamin's Brewing Co. at 1710 N. Fifth St. in Philadelphia. The popular brewery and taproom suddenly announced it will be closing on May 4 because the building it occupies has been sold. There are no immediate plans to reopen the brewery in a new location.

Saint Benjamin Brewing Co. in Kensington will close for good month on May 4. The popular brewery, started by Tim Patton and Christina Burris, announced it will be shutting down via Instagram on Monday morning.

The brewery noted in its post, “If you haven’t already heard, we’re closing up shop May 4th. The building was sold and the buyers just aren’t that into us, so we’re getting kicked to the curb. S*** happens, we’ve all been dumped before.”

Fox Brown, general manager for the taproom, confirmed the news with PhillyVoice. “It’s just a bummer,” she said. “We all live in the neighborhood. I watched everything kind of change around us in the last three years. We just kept getting better and better.”

Brown also confirmed that Saint Benjamin's owner has decided to go in another direction.

While both the business and building were up for sale, Patton sold the building but not the brand. The building's will convert the space into residential units. While there may be space for a restaurant in those plans, Brown said, “definitely won’t be room for another brewery.

Saint Benjamin Brewing Co.'s last week will be Philly vegan week. Brown says they plan to “go out with a bang" for their May 4 closing.

If you haven’t already heard, We’re closing up shop May 4th. The building was sold and the buyers just aren’t that into us, so we’re getting kicked to the curb. Shit happens, we’ve all been dumped before. BUT- you still have 3 weeks to fill your bellies with all the Green Chile Cheeseburger Empanadas & Old Skool IPA you can fit (amongst other things.) #stbenjaminstaproom #stbenjaminbrew #happyhourphilly #philly #phillyphilly #phillysupportphilly #phillysupportsphilly #phillybeer #craftbeer #drinklocal #drinkphilly #phillyhappyhour #phillydrinks #kensingtonphilly #fishtown #templeuniversity #northernliberties #benfranklin #benjaminfranklin

When it opened five years ago, Saint Benjamin Brewing Co. was among the smallest breweries in the city, in terms of beer production. By 2016 the brewery had opened its taproom and expanded its brewing systems to increase its capacity 10 fold. Saint Benjamin's canned beers are sold by distributors in Philadelphia and the surrounding suburbs, as well as in New Jersey and Delaware.