With St. Benjamin's Taproom, Kensington brewery hopes to be go-to for 'underserved' community 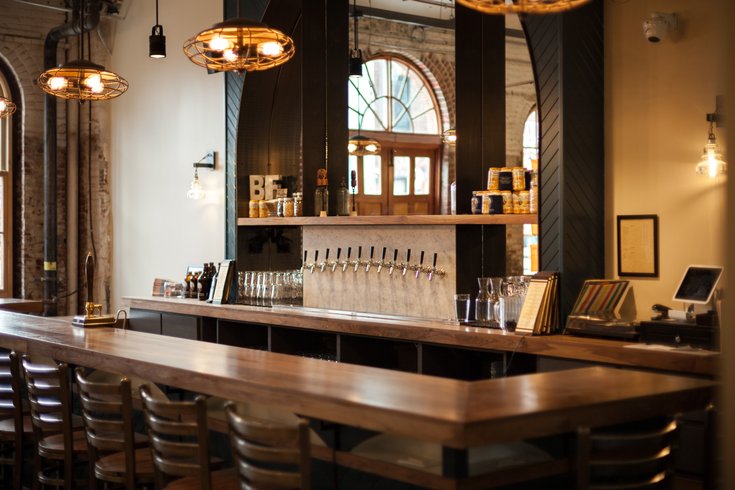 The brewpub at St. Benjamin's Brewery.

Two years in the making, St. Benjamin's Taproom has finally tapped its kegs.

The taproom is the brewpub piece of St. Benjamin Brewing Company's sprawling 4,000-square-foot brewery at 1710 N. Fifth St. in Kensington, first opened in May 2014. Open as of this month, the brewpub is primarily a showcase of the brewery's harder-to-find craft beers, but it is also an aspiring mainstay for neighborhood pub eats — an indulgence harder to find in that particular section of Kensington than in, say, Center City or even a few blocks south in Fishtown.

“There are a lot of people who live up here who have been completely underserved. It’s a food desert," Tim Patton, co-founder of St. Benjamin's, told PhillyVoice. "There are no late-night options in this neighborhood. And there’s almost no craft beer, either — let alone a combination of the two."

Patton and co-founder Christina Burris hired former Rouge sous chef Michael Budzilawicz to head the kitchen. On the small-plates portion of the menu, which was designed to be diverse in its appeal, Budzilawicz is offering spicy vegan chili ($8) made with guacamole and chili-dusted tortilla, as well as a grilled Caesar salad ($8) mixed with sundried tomatoes, Parmesan cheese and garlic rye croutons. Highlights among larger plates include Jamaican jerk chicken ($15) that's accompanied by collard greens, plantain puree and tomatillo sofrito, plus a shrimp dish ($15) rounded out by cheddar grits and Andouille sausage. More standard fare, like a brisket sandwich ($12) and a beef burger ($10), is also available. 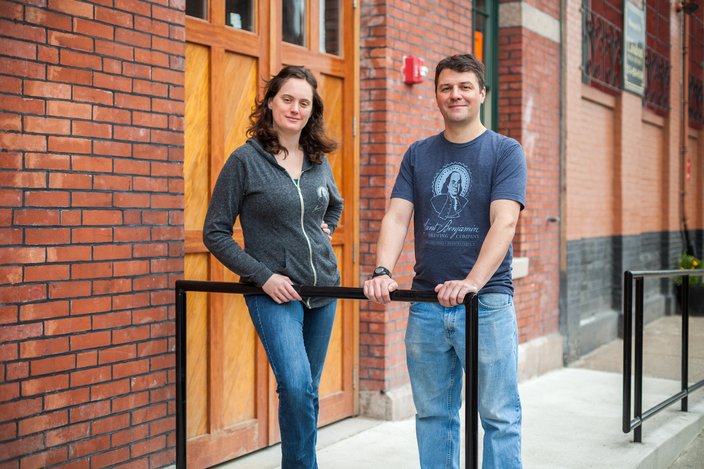 St. Benjamin's Brewing Company co-owners Christina Burris and Tim Patton, outside the brewpub's entrance. The taproom's door and facade were modeled after the building's presentation in the early 1900s.

On the libations end of the operation, Patton and Burris have 12 tap lines of brews that range from the hopes-to-be-a-classic "Inca" India Cream Ale, which is a remarkably creamy but not sweet year-round IPA, to an upcoming export-style stout that's typically served in the Caribbean. They're also serving their newly canned Wit or Witout Witbier and plan to offer 750-milliliter specialty bottles starting in mid-June. Notably, many of these beers float around the 5 percent ABV (alcohol by volume) range.

At 450 square feet, the taproom, designed by Hexagon Studio Architects in Fishtown, embraces an industrial aesthetic made inviting thanks to a false wood floor — one installed with the dual purpose of boosting the room's acoustics for music. Harkening back to the building's history as an early-1900s carriage house, the dining room wall is exposed in a way that you'll see the outline of where rings once lined the stable. The bar top, meanwhile, is black walnut, and tables are made with pine sourced from Texas (Burris' home state). The taproom seats 50 people. 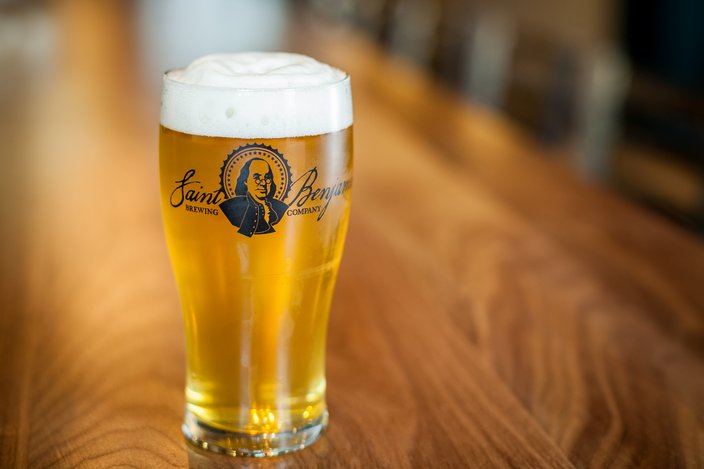 A pint of St. Benjamin's Inca India Cream Ale on the bar in the brewpub.

Patton explained the taproom presents the brewery's penchant for — and desire to be known for — making beers that favor high quality and drinkability over outlandishness or one-and-done high alcohol content.

"Even though we’re a pretty small brewery and relatively new, I want us to be known for making really good beer — stuff that is still interesting, but approachable," Patton said. "We’re not making crazy extreme beer; we have very little that’s over 7 percent alcohol on the menu. And when we do, we do it for a reason — not just ‘OK, let’s make the strongest beer possible.’" 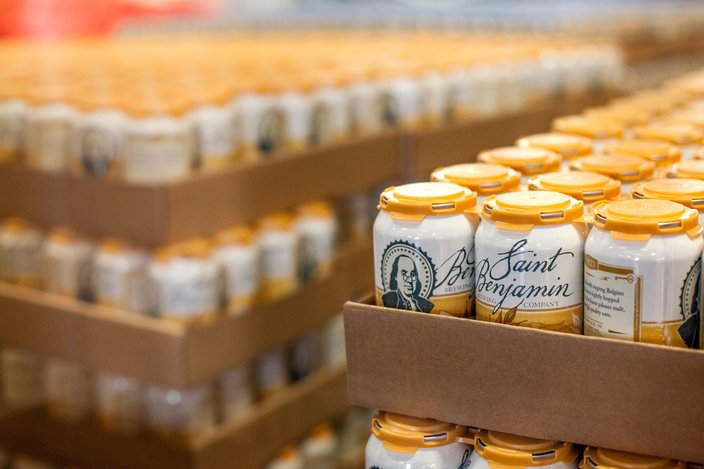 Pallets of freshly canned beer are visible from the brewpub through large glass windows.

On the radar for Patton and Burris is to extend their reach farther afield, distributing their cans of Wit or Witout and Inca to more parts of South Jersey and Pennsylvania, and, eventually, the Delaware market. And with a recent uptick in production, that's not an entirely unfeasible goal for the near future: The brewery crafted 440 barrels last year; this year, they anticipate production of 4,000.

St. Benjamin's Taproom is open Tuesday through Friday, 4 p.m. to midnight, and Saturdays and Sundays from 11 a.m. to midnight, serving brunch and offering brewery tours on Saturdays. Late-night hours will extend to 2 a.m. once the taproom receives its brewpub license, which will also allow them to serve a selection of wines, ciders and meads.

The taproom is now open, though look for a grand-opening event in mid-June.