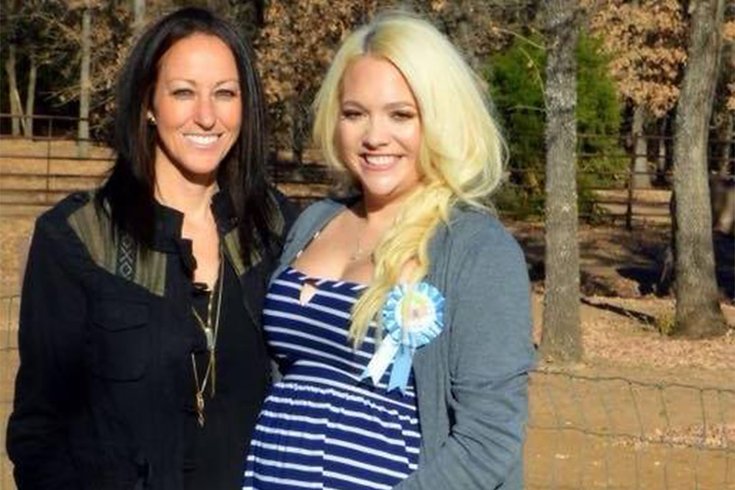 Ashleigh Coulter of Dallas, right, is shown with Bliss Coulter. Both mothers each carried their baby boy because of a medical advance in fertility.

It was just announced that two Texas mothers may have been involved with a fertility first: a same-sex couple who each carried their baby boy.

Ashleigh and Bliss Coulter completed a relay race of sorts during the fertilization and conception of their son, Stetson, USA Today reported.

Typically, a same-sex couple — if female — would require a sperm donor in order to conceive. But the Coulters, who are married, wanted to be involved in the process and sought out a way to do so.

The pair discovered fertility specialists Dr. Kathy Doody and husband, Dr. Kevin Doody, in Bedford, Texas — the first doctors to perform reciprocal Effortless In Vitro Fertilization using radical technology, the process through which the Coulters were able to conceive.

According to ABC News:

Effortless IVF refers to a form of IVF where the eggs and the sperm are introduced in a capsule called an INVOcell device. They are then being placed in a woman's vagina to simulate the conditions in an incubator so the eggs can be fertilized and form embryos.

With the new technology, Bliss was able to have her eggs fertilized and have embryos form inside her instead of using an incubator, which worked because "the woman has kidneys, a liver, and lungs, which allow the body acts as a natural incubator," Kathy Doody told USA Today. Five days later, they were removed and frozen until Ashleigh was ready to take them.

Doctors prepped Ashleigh – monitoring her uterus and giving her estrogen and then progesterone –  and then transferred her wife's embryos to her body at the correct time of menstrual cycle. Against all odds, they got pregnant the very first time.

In June 2018, exactly nine month later, Stetson was born healthy and without complications.

Doody told ABC News the reciprocal Effortless fertility method is more expensive than traditional Effortless because it involves two people, but still cheaper than traditional IVF. The Coulters' treatment cost about $8,000, USA Today reported. Plus, the couple has two additional frozen eggs to use in the future if they want more children.

Since the Coulters, another Texas-based same-sex couple has undergone Effortless Reciprocal IVF successfully through the same facility.