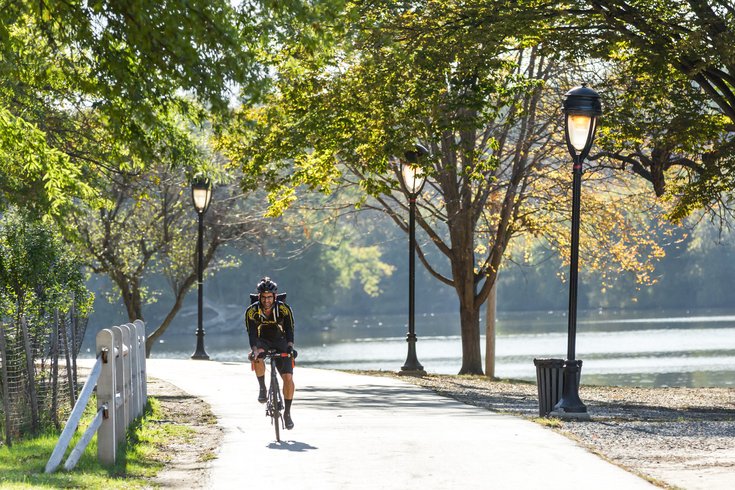 A cyclist on the Schuylkill River Trail.

Regulars on the Schuylkill River Trail are about to see a new expansion that will connect the path to 340 acres of lush greenery.

The greenery itself isn’t new -- it’s the home of Upper Roxborough's Schuylkill Center for Environmental Education, the largest privately owned space in Philadelphia and one of the country’s first centers for urban environmental education.

The William Penn Foundation announced Friday that, over the last six months, a combined $10.6 million has been received by the Circuit Trails Coalition to contribute to the end goal of an 800-mile system of interconnected trails. Though 329 miles of the trail are already built, these funds will “close some of the major gaps” on The Circuit Trails.

In addition to those funds, officials from the Schuylkill Center will be able to connect its four miles of trails to the lager, 60-mile Schuylkill River Trail through a grant from the William Penn Foundation. Once the connection is completed, officials promise it will provide a new, scenic view of the city.

The new connection will also be a second entrance to the environmental center. The space includes fields, forests, meadows, and ponds, and a wildlife clinic.

Earlier this year the Schuylkill River Trail expanded further when it opened a path extending to Christian Street. The SRT also received $12 million in a government-funded TIGER grant last March to connect to the Grey’s Ferry Crescent Trail.

The connection to the environmental center is expected to open this fall.