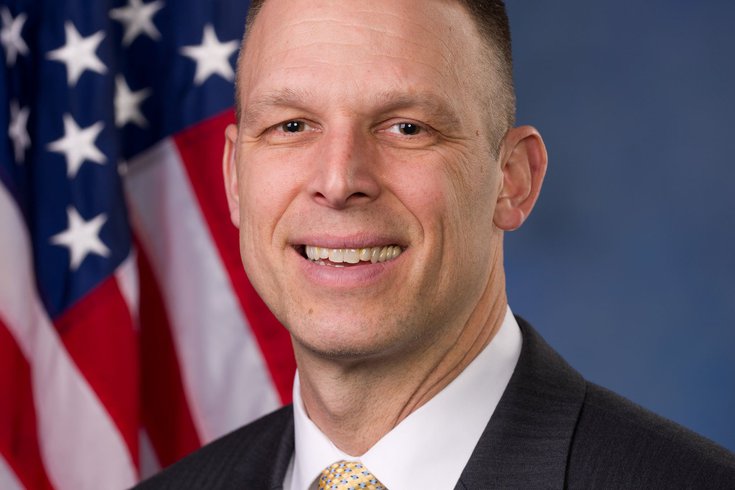 Pennsylvania U.S. Rep. Scott Perry is facing sharp criticism from Democrats after the GOP lawmaker sought to help former President Donald Trump install a new attorney general who was supportive of the president's meritless accusations of voter fraud during the 2020 presidential election.

The 58-year-old Perry, a five-term congressman from Central Pa., played a role in Trump's efforts to oust former Acting Attorney General Jeffrey Rosen for a Justice Department official who would seek to overturn President Joe Biden's victory, according to the New York Times.

Perry, who was elected to a fifth congressional term in November, was responsible for introducing Trump to Jeffrey Clark, a Philly native and the acting head of the Justice Department's civil division. Clark, who had been appointed to his position in September, backed Trump's baseless claims that widespread illegal voting took place during the presidential election.

Perry and Clark also discussed a plan to open a Justice Department investigation into voter fraud in Georgia in an attempt to invalidate the state's Electoral College results.

“Scott Perry has disgraced South Central Pennsylvania, failed his country, and betrayed the trust of anyone who cares about our democracy," Pennsylvania Democratic Party Chairwoman Nancy Patton Mills said in a statement on Sunday. "He is a stain on our Congress and must resign immediately."

"There must be consequences for this conduct," Pennsylvania Attorney General Josh Shapiro wrote on Twitter.

Representative Perry ought to familiarize himself with Section 3 of the 14th Amendment of our Constitution.

There must be consequences for this conduct.https://t.co/09boH490Pv

Perry wrote on his Facebook page that he would not resign from Congress.

ANSWERING THE CALL — For the liberals/socialists, outrage merchants, and connoisseurs of #cancelculture calling on me to resign, know my response in perpetuity:

Perry refused calls to step down from Congress after objecting to Biden's Electoral College win earlier this month in the wake of the violent pro-Trump insurrection of the U.S. Capitol on Jan. 6 that left at least five people dead and led to hundreds of arrests.

Perry was one of 140 House Republicans, eight of whom consisted of members of Pennsylvania's congressional delegation, who voted against ratifying Biden's victory despite the riot.

Biden defeated Trump, 306-232, in the Electoral College in November. But many Republicans, including Trump and Perry, have falsely accused that the election was stolen.

Before formally voting against the certification of the Electoral College results, Perry joined 125 of his House Republican colleagues in a legal brief last month seeking to overturn the presidential election. Perry was also one of 80 House Republicans who objected to awarding Biden Pennsylvania's 20 electoral votes.

Perry was one of several GOP lawmakers who called on former Attorney General Bill Barr to investigate allegations of voter fraud in the election. Both Barr and Rosen resisted such pressures from Republicans.

Perry is a retired brigadier general in the Pennsylvania Army National Guard and an Iraq War veteran.

The Republican, who has served in Washington, D.C. since 2013, represents Pennsylvania's 10th Congressional District, which consists of Dauphin County and parts of Cumberland and York counties. Perry also is a member of the House Freedom Caucus.