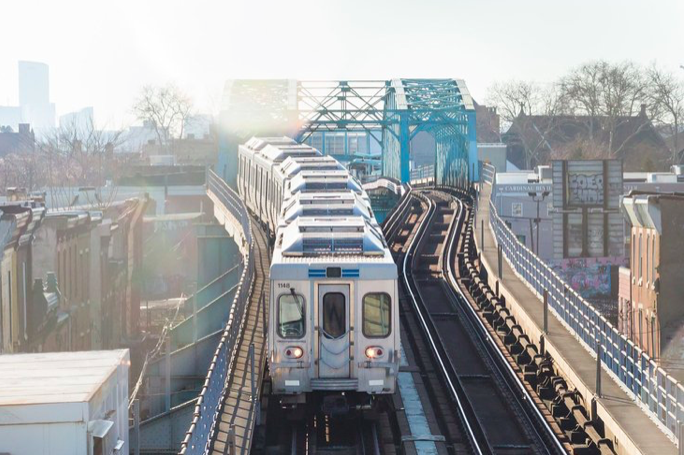 A woman was allegedly assaulted by two kids while aboard an eastbound train on the Market-Frankford line on Tuesday night.

Security guards that were temporarily stationed along the eastern stretch of the Market-Frankford line will remain on patrol through the fall, SEPTA officials announced on Monday.

After riders raised safety concerns following a surge in open drug use and a decline in cleanliness along the line, the transit authority agreed to a $1.5 million contract with Allied Universal Security Services last April to station 60 unarmed security guards on the MFL for 90 days.

SEPTA spokesperson Andrew Busch told PhillyVoice they have spent just over $1 million of the $1.5 million available for the service, and SEPTA will extend the contract through the fall as people return to work and school.

Guards will be posted along the Market-Frankford Line from 15th Street Station to the Frankford Transportation Center between 6 a.m. and 6 p.m.

"We feel there's a continued need to have some security guards supplement or augment what we already have with our SEPTA transit police officers," Busch said. "The security guards help give us a visible presence, helps enhance security, and [help] with more people coming back."

While the plan is not permanent, officials are working on a long-term plan to keep a security presence along the line. Busch said SEPTA is currently working on a request for proposals from security companies and anticipates a new contract could be signed around the time the current contract expires.

"Based on some feedback we've gotten, it does help reassure customers that we are committed to safety and security and doing what we can to make sure that their travel is safe," Busch said.

Busch said data showing the effectiveness of the officers is not yet available, but it looks as though they have helped reduce fare-jumping incidents, The Philadelphia Inquirer reported.

In March, the Somerset station shut down for repairs after two elevators were damaged by urination and discarded drug needles and syringes. The station underwent a deep cleaning and repainting as well.