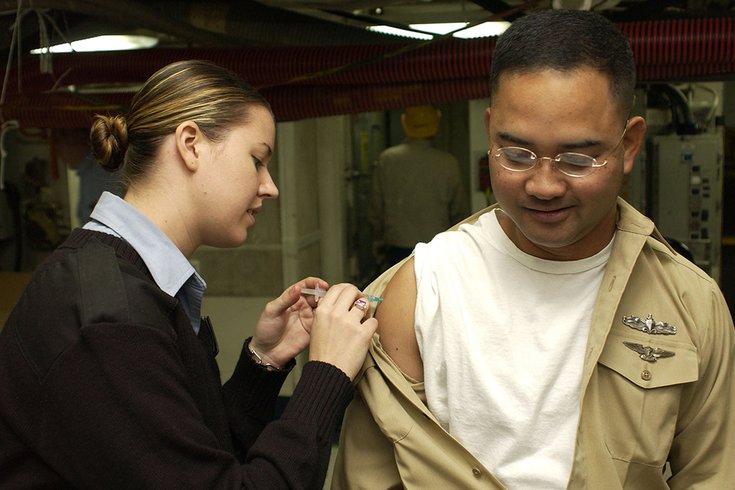 The latest weekly report issued by the state Department of Health noted a slight uptick in the B strain of the virus, consistent with nationwide records from the CDC.

"Laboratory, hospital emergency department and sentinel medical provider data all indicate that the flu activity increased slightly likely because of influenza B activity," the department said in its Week 12 report.

Flu season typically runs from October through May. This season's spike in cases — more than 106,000 in Pennsylvania so far — is due in part to a lower-than-normal 25 percent vaccine effectiveness against the A strain of the virus. The 2017-18 A strain of the virus is the dreaded H3N2, which has historically been resistant to vaccinations because it mutates as it circulates through populations.

The good news is that this year's vaccine has been 42 percent effective against the B strain. Younger children are often more heavily impacted by this strain than other age groups.

At the peak of the current flu season in Pennsylvania, reported cases had nearly doubled over last year's total at the same point in time. To date this season, 207 people have died of flu-related causes in Pennsylvania, including six pediatric cases. Fifteen deaths were reported in the past week.

The symptoms for both strains are generally similar — fever, congestion, muscle soreness and fatigue — and usually subside with rest at home, over-the-counter medication and plenty of fluids.