Looking back, these were some of the most shocking medical cases of 2018 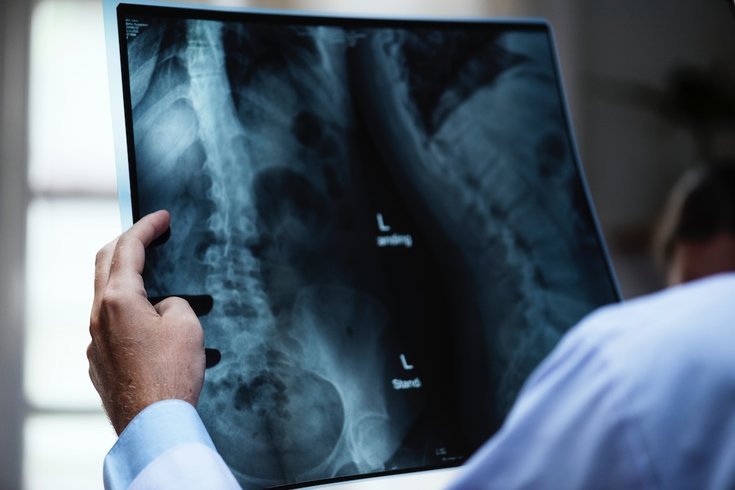 When a year comes to its close, it's only natural to reflect on all that happened in that past 365 days, including the good, the bad and the ugly.

This year has been filled with jaw-dropping health stories, ranging from the man who got a lung infection from regularly sniffing his smelly socks to the unfortunate story of a woman who died from a brain-eating amoeba contracted from using unsterilized water in her neti pot and the man whose beer belly turned out to be a 70-pound tumor.

Not to mention the amazing story of the same-sex couple who both carried their baby thanks to innovative fertility treatments. And speaking of innovation, there was that researcher in China who controversially created the first gene-edited babies born alive.

And that is just the surface of 2018's crazy health stories. Read on for some similarly eye-widening stories that surfaced this year.

The worm living in a face

According to the New England Journal of Medicine, a woman in Russia had a live worm wiggling its way through her face. The woman first noticed a bump under her eye, but then it moved above her eye a few days later, according to HEALTH. Nearly two weeks later, the bump settled into her upper lip. Finally, the woman went to the doctor, where a living parasite was surgically removed and identified as Dirofilaria repens. This parasite typically infects animals, but was likely carried accidentally to the woman via a mosquito bite.

Not one, but two cases of this were reported this year. The first involved a woman who was told for years that allergies were the cause of her chronically runny nose and severe headaches, KETV in Omaha reported. Doctors later diagnosed her with a cerebrospinal fluid leak caused by a car accident in 2013. Since then, she’d been losing about eight ounces of fluid a day. Her doctors used some of her own fatty tissue to stop the leak.

Another man experienced a non-stop runny nose for over five years. People reports that it ruined his Thanksgiving meal one year when he nose dripped right on into what he was cooking. After many, many failed doctors visits, a doctor finally figured out the man had a cerebrospinal fluid leak. He received a similar human tissue repair.

The man who had a spoon stuck in his esophagus

Live Science reports that a man in China swallowed a spoon on a dare and the utensil got stuck in his esophagus. Somehow, this didn’t cause him very much pain or discomfort. A year later, the man was punched in the chest and that was when the issues started — namely chest pains and trouble breathing. He sought care from doctors, who reportedly performed a two-hour operation to extract the utensil. He was expected to make a full recovery.

After losing her contact lens during a game of badminton in 1990, one woman didn’t think too much of it until doctors found last year embedded in her eye lid. The woman had seen an eye doctor after her left eyelid became swollen and started to droop. Tests revealed she had a cyst in her eyelid, which was surgically removed. But inside the cyst was the missing hard contact lens, Live Science reports.