Go-kart racetrack opening in May at Atlantic City's Showboat 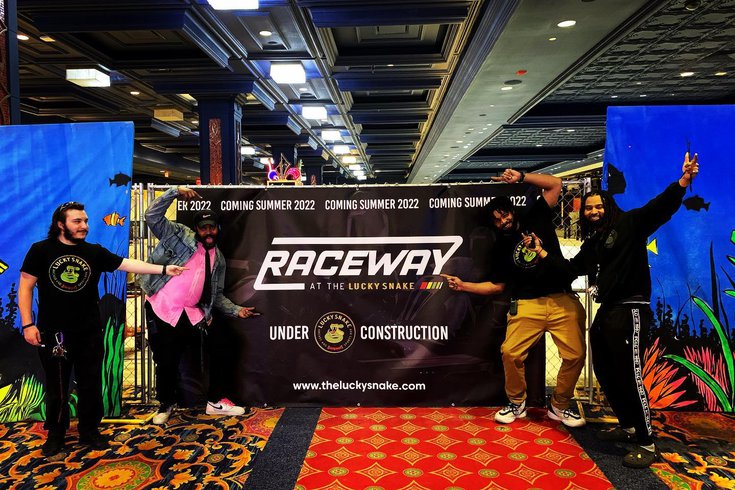 The Raceway at Lucky Snake will bring a go-kart track to Showboat Atlantic City in May 2022.

The reinvention of the Showboat as a non-gambling attraction in Atlantic City will continue next month with the opening of a new go-kart racetrack.

The project is the latest amenity to take shape at the former New Jersey casino, which has been transformed in recent years by Philadelphia developer Bart Blatstein's Tower Investments.

The electric indoor racetrack will cover about 40,000 square feet and invite drivers to navigate the course in custom-made Italian go-karts. The track's neon-lit design will have an "escaping Las Vegas" theme and drivers will be able to wear helmets equipped with 4K cameras that can upload their runs to social media.

ATLANTIC CITY — One Atlantic City fixture is on track to get another non-gambling attraction. https://t.co/nEMNppMnRL

Showboat plans to offer group packages for parties, corporate events and other celebrations. The raceway also will host a go-kart racing league that will giver riders a chance to compete for hotel vacation packages and prizes at the Lucky Snake Arcade.

The racetrack is situated within the sprawling Lucky Snake Entertainment Center on Showboat's ground floor. The facility opened last year, debuting New Jersey's largest arcade along with a sports bar, esports gaming area and other entertainment venues. Certain views from with the complex will enable guests to watch the go-kart races from above.

Tower Investments currently is building a gigantic, 103,000-square-foot indoor water park next to the Showboat that will include a mix of waterslides, pools, a lazy river, lounge areas, party rooms and retail outlets. The $100 million ISLAND Waterpark is targeted for an opening over Memorial Day weekend 2023.

Blatstein acquired the Showboat for a reported $23 million in 2016 after it shuttered two years earlier along with three other casinos in Atlantic City. After exploring the possibility of reintroducing a casino at the site, Blatstein opted to move forward with building out a family-friendly destination. The state Casino Control Commission gave Blatstein preliminary approval in 2019 to pursue a casino license for the Showboat, but it's unclear whether that remains a goal for the property.

“We are committed to bringing nongaming, family-friendly fun to Atlantic City,” Tower Investments CEO Brandon Dixon said. “We continue to break the mold on what entertainment looks like in Atlantic City, and the recent addition of go-karts to our ever-expanding venue is yet another example of that commitment.”