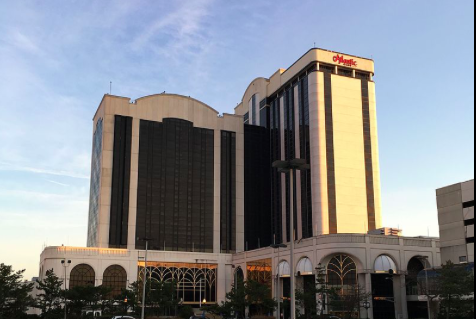 The Atlantic Club was the first of several Atlantic City casinos to close in 2014.

The first of Atlantic City's casino casualties over the past few years will be reborn as a giant indoor water park and arcade, according to developers who announced the purchase on Monday.

The former Atlantic Club, first opened in 1980 as the Golden Nugget, has been acquired by Ventnor-based R&R Development Group LLC, the Press of Atlantic City reports.

Plans for the property, located at Boston Avenue and the Boardwalk, include both the indoor water park and a family entertainment center intended to serve as a complement to surrounding casinos in the struggling resort town.

Ronald Young, managing partner of R&R Development Group, told The Associated Press the project will include $130 million to renovate the existing hotel and open 300 rooms by the fall. The 100,000-square-foot indoor waterpark and arcade and family entertainment center will be constructed on adjacent land.

Two years ago, Young had proposed building the water park at Bader Field along with a luxury hotel, but the project never came to fruition. This time around, Atlantic City Mayor Don Guardian gave the plan his support.

"I believe that this new location and timing are much better to assure success,” Guardian said in a statement. “Mr. Young and his investors have a world class indoor waterpark design that will be a great use for the Atlantic Club.”

R&R Development Group purchased the former casino from Florida-based TJM Properties Inc., which originally acquired the property from Caesars Entertainment Group following the casino's bankruptcy and closure in 2014. A Pennsylvania company's previous water park proposal at the site fell through because of holdups in financing early last year.

The plan comes as efforts take shape to repurpose the city's other shuttered casinos, including the Revel (now TEN), the Trump Taj Mahal (now owned by Hard Rock International) and the former Showboat, which reopened last year as a non-gambling hotel.